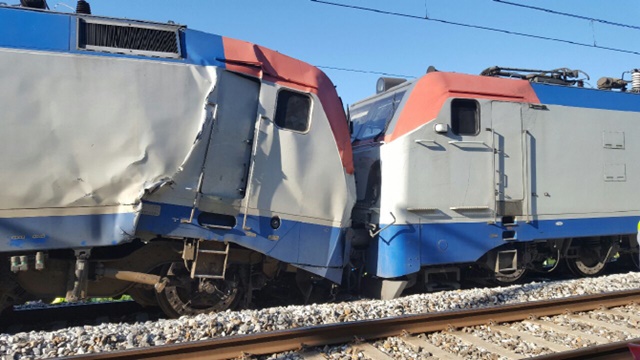 During the deadly train crash, which took place in the early hours of Wednesday morning during a test run in Gyeonggi Province, two trains crashed into one another after a malfunction of an automatic train protection system, killing one driver and leaving six people injured. (Image: Yonhap)

YANGPYEONG, Sept. 14 (Korea Bizwire) – A train crash that occurred in Gyeonggi Province on Wednesday is causing controversy as it has been reported the accident occurred on a railway line set to be used to carry passengers to Pyeongchang during next year’s Winter Olympics.

During the deadly train crash, which took place in the early hours of Wednesday morning during a test run in Gyeonggi Province, two trains crashed into one another after a malfunction of an automatic train protection system, killing one driver and leaving six people injured.

According to Korail and the Korea Rail Network Authority, the incident occurred when one train crashed into another train that had stopped on the same line at around 4:30 a.m. between Yangpyeong and Wondeok stations.

Automatic train protection systems, also known as ATP, are safety systems devised to avoid train crashes as they automatically stop trains from running when they detect worrying signals such as high speeds and short distances between trains.

However, the grim prospect of a major train crash during a high-profile international sporting event like the Olympics is drawing worries and criticism over the safety and management of the railway line that will be used next year in time for the PyeongChang 2018 Winter Games.

While safety authorities are still investigating the cause of the accident, some witnesses have said that the ATP system was not activated when the two trains crashed.

In response to the accident, some transport officials expressed concern.

“Compared to cases from the past such as one in Germany, the consequences of high-speed rail accidents are beyond imagination. (This crash) must be an opportunity to look back and find problems before the Pyeongchang Winter Olympics,” said Choi Jin-seok, an official at the Korea Transport Institute.

“We will do our best to find out the cause of the accident and restore the damage, and make sure it doesn’t happen again,” a Korail official added.

Stretching over 200 kilometers, the railway that is being put to the test is expected to carry passengers from Incheon International Airport directly to PyeongChang, where next year’s Winter Olympics will be held, at a maximum speed of 250 kilometers per hour.