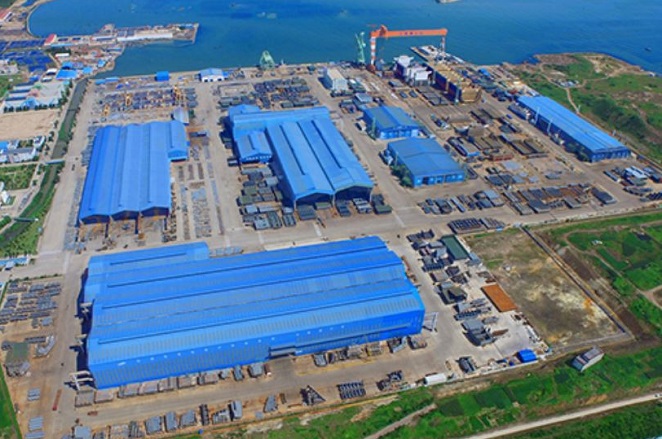 This photo captured from the website of Samsung Heavy Industries Co. on Sept. 14, 2021, shows its shipyard in Rongcheng City, Shandong Province, China.

SEOUL, Sept. 14 (Korea Bizwire) — South Korean shipbuilder Samsung Heavy Industries Co. said Tuesday it will close one of its Chinese plants due to decreased productivity caused by its superannuated facilities.

Samsung Heavy has been in talks with the Chinese government to hand over the land and other assets by Samsung Heavy Industries Ningbo Co. early next year, the company said in an emailed statement.

Samsung Heavy said it will focus on the operation of its Rongcheng unit after the withdrawal of Ningbo unit.

Samsung Heavy plans to raise funds for the development of eco-friendly shipbuilding technologies by selling new shares and an apartment complex for its workers near Geoje shipyard, about 400 kilometers south of Seoul.