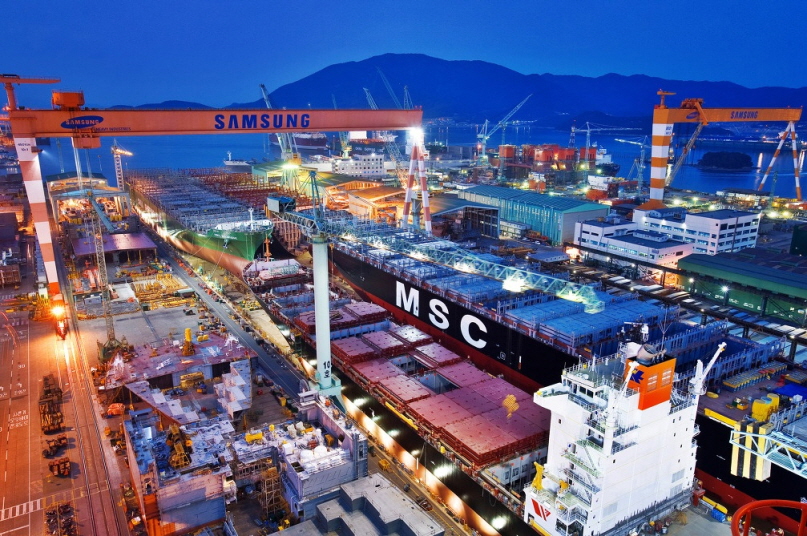 Industry sources said in the past, Samsung has repeatedly denied its intentions to take over Daewoo Shipbuilding and this time it would not be much different as well. (image: Samsung Heavy Industries)

KDB is Daewoo Shipbuilding’s main creditor, with a 55.7 percent stake in the company.

KDB said earlier it would contact Samsung Heavy, to see if it is interested in the Daewoo Shipbuilding takeover.

“As far as I know, the management is reviewing the proposal (from KDB),” a Samsung Heavy official said. “But it is too early to say (whether to bid or not).”

Samsung Heavy is requested to make its own takeover proposal by no later than the end of the month. KDB plans to finalize a deal in early March after reviewing Samsung Heavy’s proposal.

Industry sources said in the past, Samsung has repeatedly denied its intentions to take over Daewoo Shipbuilding and this time it would not be much different as well.

If the takeover, estimated at over 2 trillion won, goes ahead, the South Korean shipbuilding industry is expected to be dominated by two major shipbuilders — Hyundai Heavy and Samsung Heavy.

The government has been hoping that the local shipbuilding industry can be overhauled in a way that two major players could dominate the sector to better compete against Chinese rivals and tackle sectoral ups and downs.