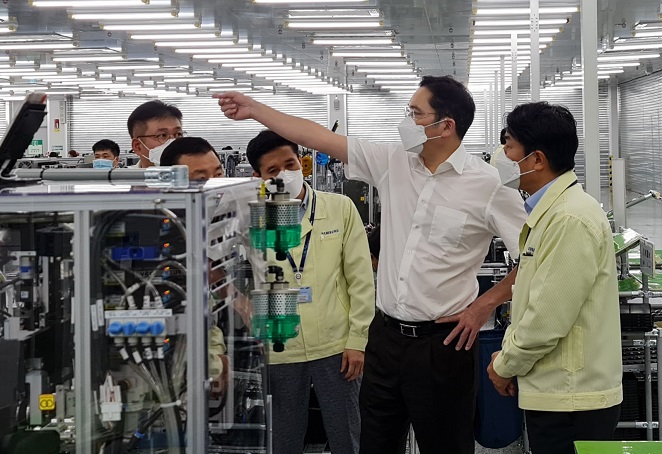 Lee Kun-hee, Samsung Electronics chairman and chief of South Korea’s top conglomerate Samsung Group, died on Oct. 25 at age 78, more than six years after being hospitalized for a heart attack.

The late Samsung chairman has been the country’s richest stockholder for the past 10 years, with his stock value reaching 17.7 trillion won (US$15.6 billion) as of Thursday, according to FnGuide.

FnGuide forecast Jae-yong would become the richest stockholder in Asia’s fourth-largest economy with his stock value reaching 11.3 trillion won after inheriting his share of wealth from the late Samsung chairman.

The late Lee’s two daughters — Boo-jin, chief of Hotel Shilla Co., and Seo-hyun in charge of the Samsung Welfare Foundation — would jointly hold the title of South Korea’s third-richest stockholder with stock value of 5.6 trillion won each, up from the present 14th spot.

FnGuide said Jae-yong and Hong would hold the top and No. 2 positions, respectively, even after paying hefty inheritance taxes. Samsung heirs are estimated to pay around 10 trillion won in inheritance tax for the late chief’s stock assets.

The two daughters would jointly take the No. 5 spot after Chung Mong-koo and Kim Beom-su, founder and chief of South Korea’s top mobile messenger operator Kakao Corp., with a stock value of 4.3 trillion won, according to FnGuide.