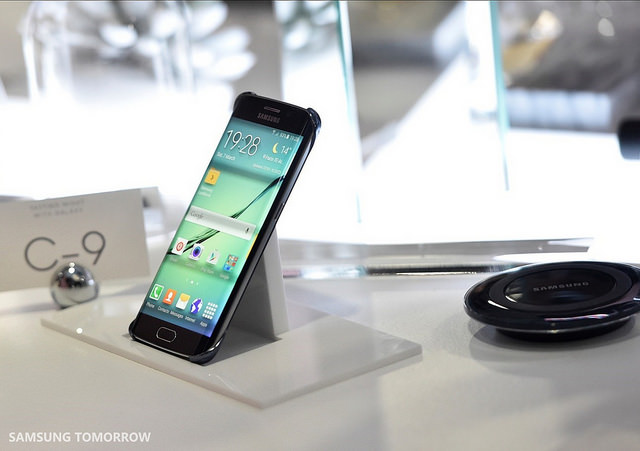 Samsung took up 26.8 percent of the world’s smartphone market in the April-June period, unchanged from the previous quarter’s reading, while Apple saw its share fall to 16.4 percent from 20.5 percent over the cited period. (image: Samsung Electronics)

SEOUL, July 22 (Korea Bizwire) — South Korea’s top tech giant Samsung Electronics managed to maintain its presence in the global smartphone market in the second quarter, but its archrival Apple suffered a setback in the face of growing demand for low- to mid-end devices, data showed Wednesday.

Following were Chinese players, which have been emerging as one of the biggest threats for Samsung by rolling out price-competitive models, with Huawei and Xiaomi posting 7.6 percent and 5.9 percent, respectively.

“Shipment growth in the second quarter slowed as vendors prepared to launch their flagship devices in this year’s second half,” the researcher said. “However, shipments of branded Chinese smartphones benefited from the Chinese Labor Day sales and their entries into the overseas markets.”

Samsung is anticipated to roll out its new flagship phablets, possibly the Galaxy Note 5 next month, while Apple may also release the iPhone 6S and the iPhone 6S Plus in September, market watchers said.

“As Chinese vendors are taking more shares of the low- to mid-range product market, Samsung’s ability to reverse its fortune may hinge on the success of its Galaxy Note 5,” it added.

Samsung posted an operating profit of 2.74 trillion won (US$2.37 billion) in its mobile business in the first quarter of 2015, down 57.3 percent from a year earlier. It is set to release its second-quarter earnings report later this month.

The researcher painted a rosy forecast for Apple, citing the new models that will be released later this year will come with technology updates and again boost sales.

TrendForce, however, said LG’s smartphone sales are anticipated to remain dull as “hardware improvements (of the G4 smartphone) are not as exciting to consumers compared with the upgrades made on its predecessor, the G3.”