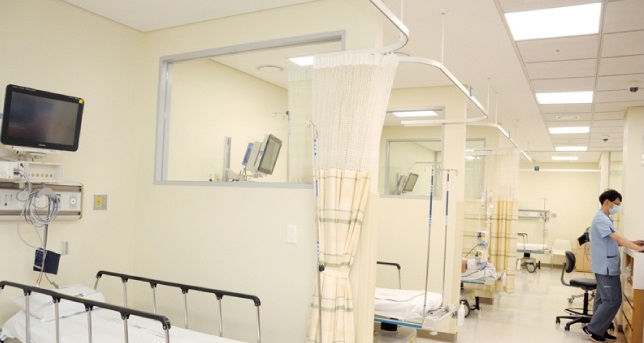 SEOUL, Sept. 3 (Korea Bizwire) – When the Middle Eastern Respiratory Syndrome swept Korea earlier this year, Samsung Medical Center was at the center of the epidemic, not as a healing center for the deadly disease, but as the source of the outbreak.

Among the 186 patients who contracted MERS, almost half (91) were infected at the hospital while being treated in the emergency room or other hospital rooms, while visiting their relatives or friends, and even while treating MERS patients.

In order to avoid a repeat of the recent spread of the MERS virus, Samsung Medical Center will overhaul its emergency room treatment system, which was the main source of the MERS spread, and develop a vaccine for MERS.

On September 2, the medical center announced that it would invest a total of 100 billion won (US$84 million) to improve its infrastructure and to develop the vaccine.

Most of all, SMC decided to renovate and expand the size of its emergency room by 1.6 times before March of next year. By creating separate sections for general patients and infectious patients, it will root out the cause of infection in the room.

To raise the quality of medical services, it will deploy medical specialists, not residents, and will treat emergency patients within 30 minutes of their arrival at the hospital. In addition, it will install a total of 20 negative pressure isolation wards with a special ventilation system that produces negative pressure to make sure air flows into the isolation room for infected patients.

The hospital expects to spend more than 50 billion won on the improvement of the hospital infrastructure.

Meanwhile, it will invest 41 billion won to develop the vaccine in cooperation with the International Vaccine Institute (IVI).

Song Jae-hoon, director of SMC, said, “In view of the very high level of expertise required for vaccine development, Samsung Medical Center will entrust the IVI with the entire process regarding the selection of developers and the management of the vaccines, while acting as a financing sponsor.”

“Again, I deeply apologize to the nation for the trouble caused by the hospital. By implementing these post-MERS improvement measures, we will try our best to raise the safety of the patients and medical service quality,” said Song.