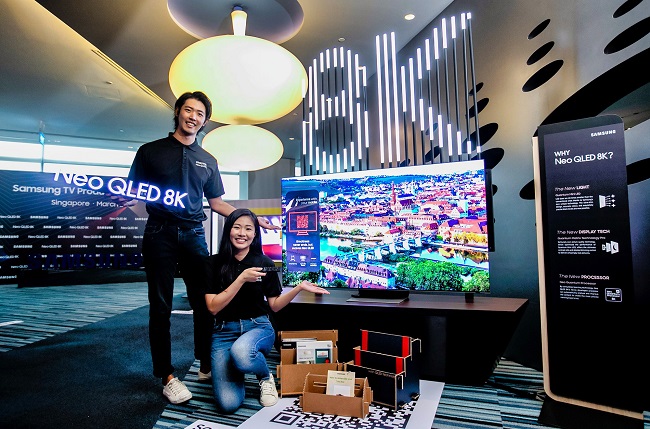 Samsung said its 2021 TV lineup, including the Neo QLED TV, which uses Quantum Mini LEDs that are just 1/40th the size of conventional LEDs, was launched in Singapore on Wednesday and will be available in other Southeast Asian countries next month.

Before Singapore, Samsung earlier this month launched the Neo QLED TV in Australia. It also plans to sell the TV in New Zealand in April.

According to market researcher Omdia, sales of QLED TVs, anchored by Samsung, are expected to surpass 12 million units this year, up 26 percent from a year ago.