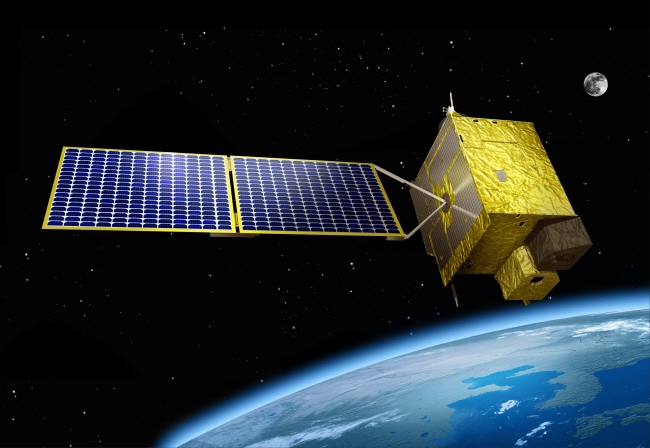 The Chollian-2B in orbit around the Earth. (image: Ministry of Science and ICT)

The Chollian-2B that blasted off atop the Ariane-5 rocket from French Guiana on Feb. 18 (local time) is now in fixed orbit some 35,786 kilometers above the equator, according to the Ministry of Science and ICT.

The 3.4-ton satellite stationed at 128.25 degrees longitude will undergo a full systems optimization process in the coming months.

The satellite will start providing real-time data on ocean conditions from October, which will be followed by the monitoring of atmospheric information over East Asia in 2021.

Among other things, the Chollian-2B is equipped with the Geostationary Environmental Monitoring Spectrometer (GEMS) with “machine learning” capabilities that can observe and track fine dust and 20 types of air pollutants, including ozone, sulfur dioxide and formaldehyde.

The ministry said that once the satellite is fully operational, it can work in concert with the Chollian-2A satellite launched in late 2018.