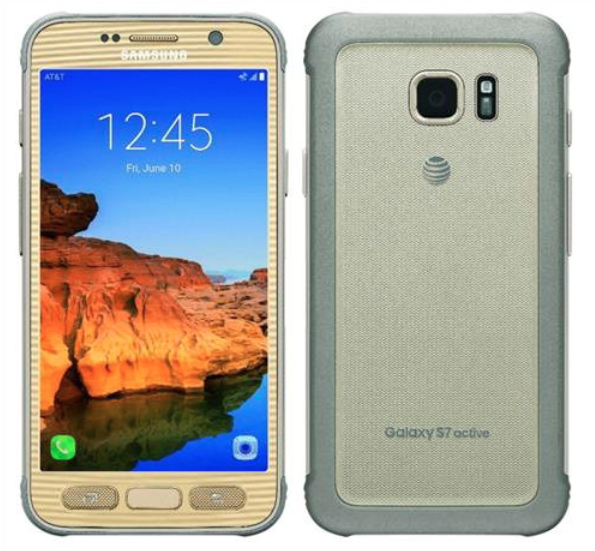 Since the Galaxy S4, Samsung has been releasing the Active versions through AT&T. (image: Yonhap)

SEOUL, May 19 (Korea Bizwire) – An image of the presumed Galaxy S7 Active has been leaked.

SamMobile, a blog specializing in Samsung products, introduced an image of a desert-camo decorated GS7, which it is expected to be released exclusively through AT&T on June 10.

The new S7 Active will have a 5.5-inch display with 32GB storage and 4GB of RAM. It will also feature a 12-megapixel rear camera, and 5- megapixel front camera. The current water and dustproof features will also be improved.

Another IT news site, Phone Arena, also reported the possibility of a new Active that is optimized for rougher environments.

Since the Galaxy S4, Samsung has been releasing the Active versions through AT&T. Only the GS4 Active was released in the Korean market through SK Telecommunications.

“As far as I’m concerned, there is no plan for a domestic release of the GS7 Active, though it can be used in Korea through a direct purchase from the US,” said an industry official.