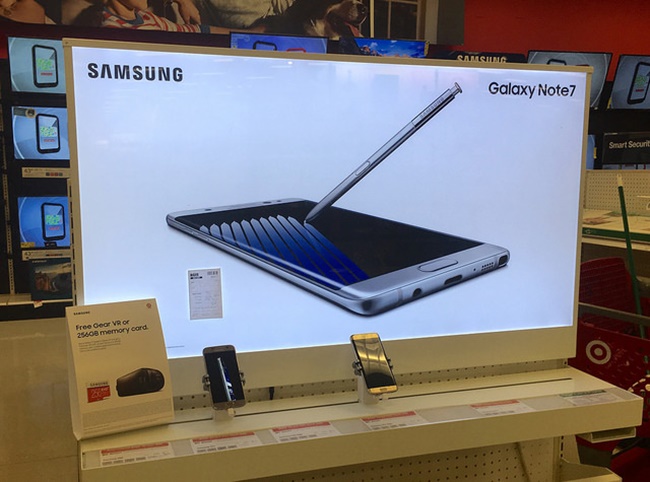 Samsung has also faced calls from environmental organizations like Greenpeace to reuse or dispose of the recalled models in an environmentally safe way. (Image: Mike Mozart from Flicker)

Refurbished phones will be reintroduced in the market for purchase or rental services, with plans to use and sell components from severely damaged devices, Samsung announced yesterday.

A refurbished mobile phone refers to a repaired phone that is back on sale at a cheaper price after being returned to the seller due to manufacturing defects.

One official from the company said, “The sales and release date for the refurbished Galaxy Note 7 has yet to be decided.

“We’ll cooperate with regulatory authorities and mobile networks around the world,” he added.

The decision on the fate of all recalled Galaxy Note 7 devices comes after months of reviewing options for the controversial smartphone model, which grabbed international media coverage with its battery explosions last year.

Samsung has also faced calls from environmental organizations like Greenpeace to reuse or dispose of the recalled models in an environmentally safe way.

In response to criticism and concerns surrounding possible environmental issues related to the disposal of recalled Galaxy Note 7 devices, Samsung is making sure to reuse as many Galaxy Note 7 components as possible and recycle materials such as copper and nickel with the help of specialized companies.

Samsung is expected to kill two birds with one stone with its latest move as the sales of cheaper refurbished phones could help raise market share in emerging markets such as Indonesia and Vietnam while finally getting rid of stock.

The Galaxy Note 7 was first recalled in the U.S. back in September 2016 after continuous battery fires and explosions were reported, losing its position as a best-seller to its rival Apple in the last quarter of 2016.

Since then, the Note 7 fiasco spawned viral memes and mockery of the company that tainted the brand image of one of the world’s biggest phone manufacturers.

Samsung’s bold move to put the controversial Galaxy Note 7 back on the shelves is said to be an effort to shoot down the controversy and its lingering effects once and for all before the launch of the Galaxy Note 8 in the near future.