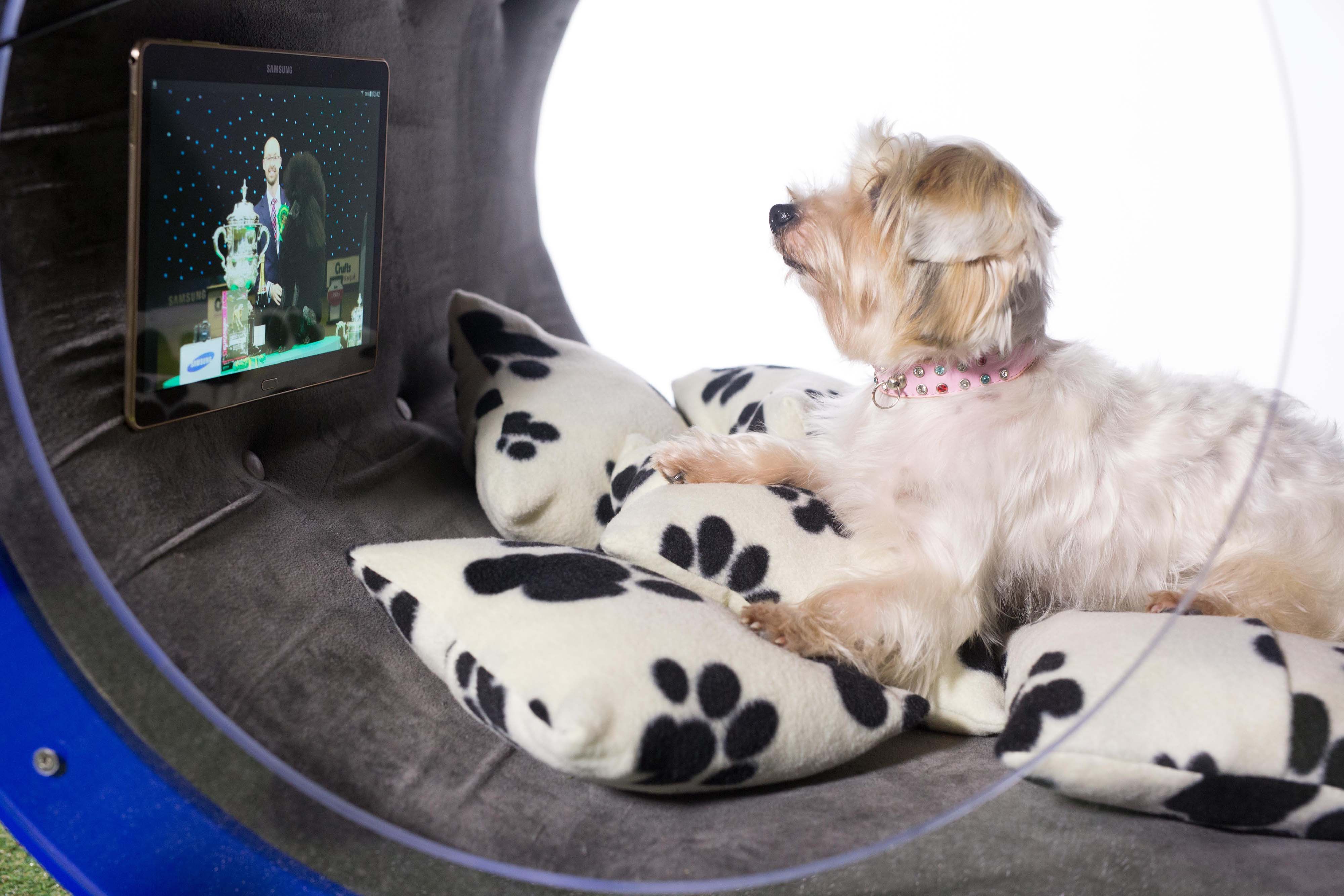 Samsung Dream Doghouse is a smart dog house that puts smart homes to shame, and was developed by more than 10 designers. (image: Samsung Electronics)

SEOUL, Mar. 6 (Korea Bizwire) — Samsung is sponsoring another round of Crufts in 2015, continuing its long-running sponsorship of the world’s largest dog show, an affiliation that started in 1993. According to an announcement from Samsung Electronics on March 5, Samsung will also exhibit a cutting-edge intelligent dog house, entitled ‘Samsung Dream Doghouse,’ during the show, which is being held from March 5 to 8 at the National Exhibition Center in Birmingham.

The Samsung Dream Doghouse is a smart dog house that puts smart homes to shame, and was developed by more than 10 designers. The house has a running machine with an artificial turf running deck, and is equipped with an automatic snack dispenser, Galaxy Tab S tablet TV, and an audio system.

A pet can even enjoy a bath in a specially designed bathtub, while watching clips of the dog show video on the Galaxy tablet. It took 6 weeks to build the doghouse, at a cost of US$ 30,000.

Lee Kun-hee, the founder of Samsung Group, is a passionate dog lover, who has even participated in a dog show with a purebred Jindo dog.