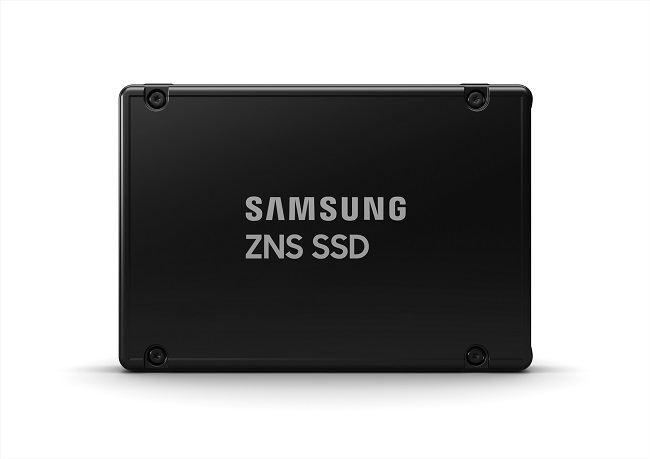 “These improvements will enable enterprise customers to handle big data and artificial intelligence applications with much greater efficiency,” Samsung said.

Typical SSDs store data in the same space without any distinction, so they periodically go through a process called garbage collection to remove invalid and unnecessary pages of data, which requires extra write and read sequences.

ZNS technology, however, keeps data in groups based on their usage and access frequency, and stores them sequentially in independent zones within an SSD.

Thus, ZNS SSDs can significantly reduce the amount of data rearrangement operations, according to Samsung.

“This will make the drive last up to four times longer than conventional NVMe SSDs, making it a greener, more sustainable solution for server infrastructure,” Samsung said.

“ZNS also eliminates the need for overprovisioning, which requires reserving some storage space for background tasks, to now allow users to take advantage of their full SSD capacity.”

The 2.5-inch PM1731a is built upon Samsung’s sixth-generation V-NAND and will come in 2 terabyte (TB) and 4 TB models. It also supports a dual port system for stable server operations in case one port faces an error.

Samsung said it plans to mass-produce its ZNS SSDs in the second half of the year. The company added that it is also looking to leverage its quad-level cell NAND technology for its next-generation ZNS drives.