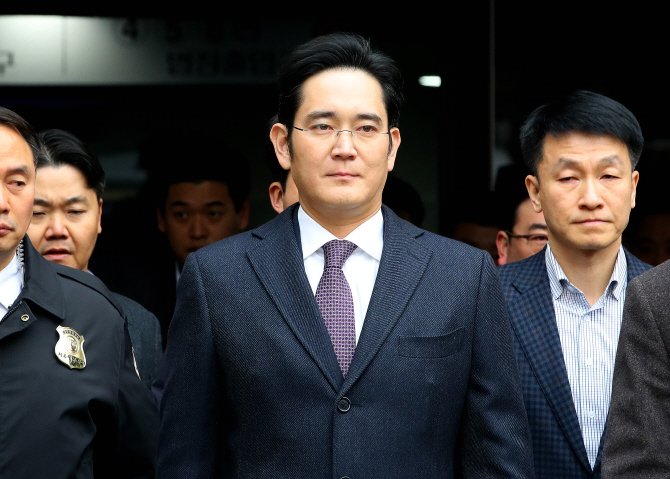 Lee, who is currently overseas on business trips, plans to return home in April. The South Korean tech giant did not provide details of Lee’s schedule. He left the country on March 22.

“Lee is currently in Europe and may visit North America before returning home,” an industry insider said. “He may also visit some Asian countries, but all schedules are flexible.”

Industry watchers said Lee is presently meeting key officials from global IT companies to discuss changes taking place in the global economy and industries and to share ideas on fostering new growth engines.

Sources said Lee will oversee Samsung’s businesses both at Seoul and Suwon-based offices after returning home.

Lee was released from a nearly yearlong incarceration after an appellate court handed him a suspended sentence dismissing most of the key charges against him in a bribery and corruption scandal that led to the ouster of former President Park Geun-hye in 2017.

Executives from Samsung Electronics said Lee will refrain from making public appearances for the time being and instead oversee the running of the company in a low-key manner.