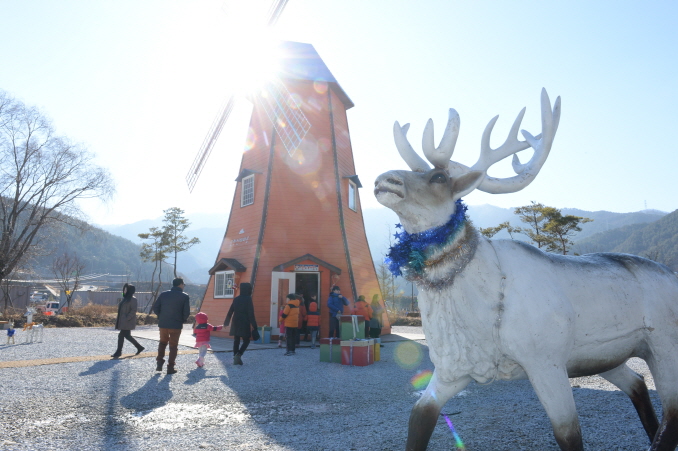 This year, the village has added a new Santa Claus Post Office, where visitors can send a list of Christmas wishes to Santa Claus.

The village also houses sleigh parks and places to try out South Korea’s winter tradition of cooking potatoes and sweet potatoes in a pit.

North Gyeongsang Province, in collaboration with Korea Railroad Corp., the national railway operator in South Korea, designated storytellers and sheriffs for the village for closer engagement with visitors.

The village will remain open until February 17.

Bonghwa Santa Village is part of an annual event that began in 2014. Located near Buncheon Train Station, the village opens every summer and winter. Thus far, the village has attracted more than 634,000 visitors.