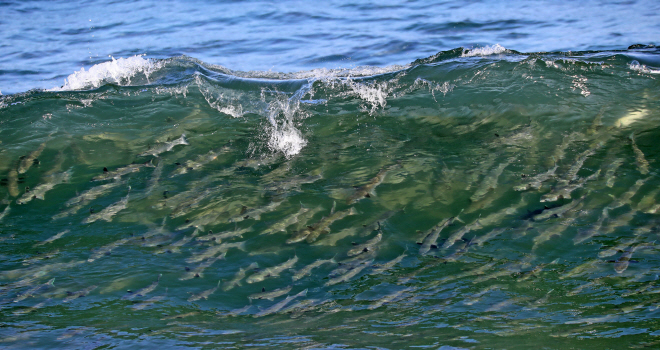 GANGNEUNG, Jan. 9 (Korea Bizwire) — A rare scene mesmerized tourists in Gangneung, Gangwon Province on Tuesday as schools of mullets appeared by the beach “riding the waves”.

“I have lived in Gangneung for 20 years, but never before have I seen this,” said one local resident.

Swarms of mullets came and went along with the waves, as if to ride them. “I’ve never seen a surfing fish before,” said one tourist. 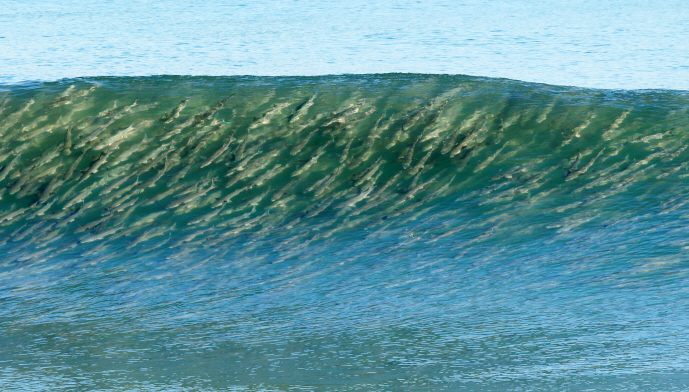 Fishing enthusiasts station at seawalls nearby were also excited as they made series of catches, soon filling up buckets with mullets.

“Nobody eats mullets caught in the summer, but if you’re talking about mullets in winter, that’s one fat and juicy meal,” said one fisher. “Gangneung is well known for mullets, but I’ve never seen anything like this.”

The National Institute of Fisheries Science also explained that mullets usually return to the coast in the spring. “Seeing them in January is very rare,” the institute added.