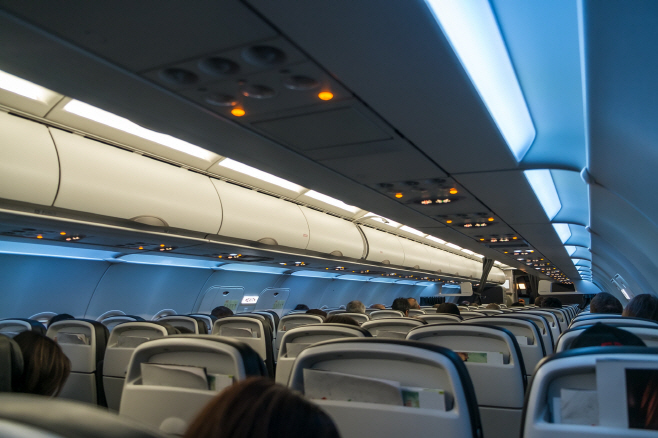 According to flight regulations, all passengers have to deplane and go through security again even for a single passenger who disembarks, since there is a possibility that dangerous items could be left on the plane. (image: Korea Bizwire)

SEOUL, Dec. 17 (Korea Bizwire) — The senseless behavior of a few K-pop fans in Hong Kong resulted in a significant flight delay as all passengers were forced to deplane and go through security again.

A total of 360 passengers on a Korean Air flight bound for Seoul were waiting for a 3:25 p.m. departure on board at Hong Kong International Airport.

Suddenly, two Chinese and one Hong Kong passenger in their 20’s said they had to disembark immediately.

They didn’t mention any particular reason and just said they had urgent matters to take care of when the cabin crew asked them why they needed to deplane.

The three were hardcore fans of an idol who took to the stage at the 2018 Mnet Asian Music Awards in Hong Kong on December 14.

They said they would get off the airplane and get a refund after their plan to spend some time with their idol was blocked by cabin crew.

According to flight regulations, all passengers have to deplane and go through security again even for a single passenger who disembarks, since there is a possibility that dangerous items could be left on the plane.

The cabin crew informed the fans of this regulation, but they kept insisting.

All of the passengers on board, including the idol, were eventually forced to disembark from the airplane with their luggage and go through security again. The plane was finally able to take off an hour later.

Korean Air requested an investigation into the behavior of the fans, but Hong Kong law enforcement said the case was hard to investigate as there was no physical damage.

Korean Air had to refund the tickets for the fans, and also had to pay Hong Kong International Airport a penalty for taking off late.

Although the price of a first-class ticket on Hong Kong – Seoul flights is typically around two million won, the refund charge is less than 100,000 won.

Officials from the flight industry said, “Some hardcore fans request refunds for their tickets after they see their idol in front of the boarding gate, although they are not usually on board like in this case.”

Other officials said the damage caused by this kind of behavior was significant, as it could impact other flight schedules and passengers’ travel plans.

Not only idol fans, but also general passengers should follow proper etiquette when it comes to flying.

Officials from the flight industry have asked passengers to refrain from displaying this kind of behavior, which brings big harm to other passengers.