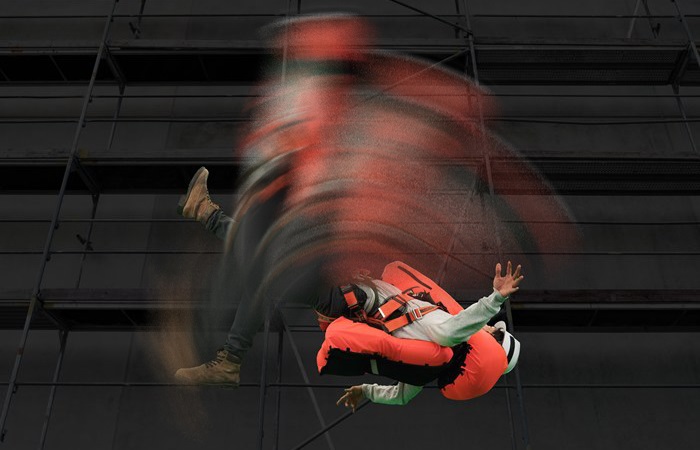 The new wearable airbag automatically inflates within 0.2 seconds to protect the main areas of the body. (image: KORAIL)

The new wearable airbag is a safety jacket worn by employees working at height. If it senses a falling motion, it automatically inflates within 0.2 seconds to protect the main areas of the body, including the neck and spine.

Ahead of the implementation of the so-called severe disaster law slated for next year, KORAIL will provide wearable airbags to 81 railroad sites across the country as part of efforts to prevent serious injuries from falls.

The wearable airbags will be supplied first for employees doing electrical work, which typically involves lots of work at height, followed by other areas on a step-by-step basis and eventually external contractors and subsidiaries.

Prior to the full-scale introduction, KORAIL tested the wearable airbags with electrical technicians for 30 days starting from August and reflected their opinions to improve the night visibility and the storage of working tools.