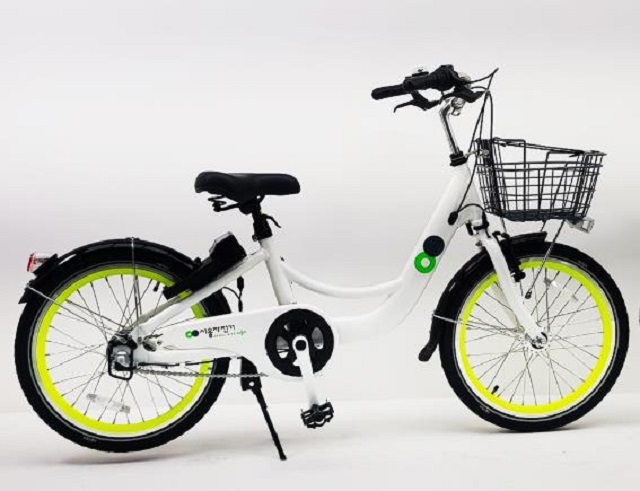 This photo, provided by the Seoul city government on Nov. 30, 2020, shows the smaller version of “Ttaereungyi,” Seoul’s public bike, for younger users.

Starting Monday, younger users have access to smaller and lighter “Ttaereungyi” in the eastern wards of Songpa and Gangdong, as well as the northwestern Eunpyeong Ward.

“Ttaereungyi” are Seoul’s public bikes that can be rented at unmanned rental stations installed across the city.

Previously, they were only available for those 15 years old or older.

The city government said it plans to add 2,000 small bicycles across Seoul by January.