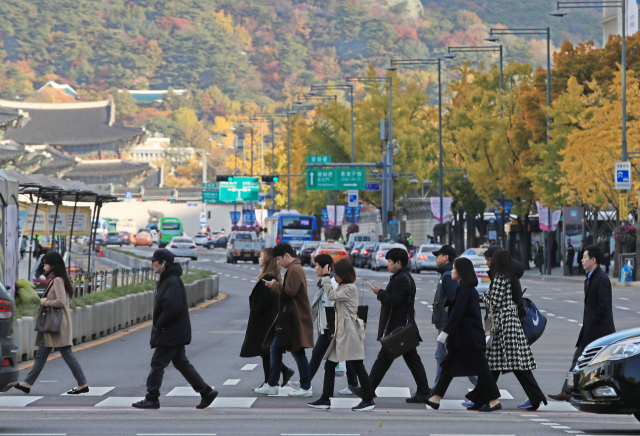 Those selected as agents will help create a safe and pleasant walking environment by reporting damage of sidewalk blocks and unauthorized dumping of garbage. (Yonhap)

SEOUL, Jan. 2 (Korea Bizwire) — The Seoul Metropolitan Government said on Wednesday that it will recruit “street monitoring” agents who will on their own initiative do volunteer work to improve the walking environment.

The city will receive applications until January 20.

Those selected as agents will help create a safe and pleasant walking environment by reporting damage of sidewalk blocks and unauthorized dumping of garbage.

If selected as an agent, one can be recognized for their volunteer work every month for two years.

Every year, a certificate of commendation will be given to agents who are selected as the best performers for the first and second half of the year.

The city monitoring group reported 286,689 cases over the eight years from 2012, the first year of its formation, with 5,191 agents actively working.

Meanwhile, even if one is not a street monitoring agent, citizens can report any inconveniences using the related app or by calling the 120 Dasan Call Center service, a civil complaints hotline, the city said.

Aside from the operation of the street monitoring group, the city pays up to 300,000 won (US$260) in rewards as gift certificates in accordance with the accumulated number of half-yearly reports of damage to the sidewalk blocks through the app.

Last year, 58 people received rewards in the first half and 37 in the second half.