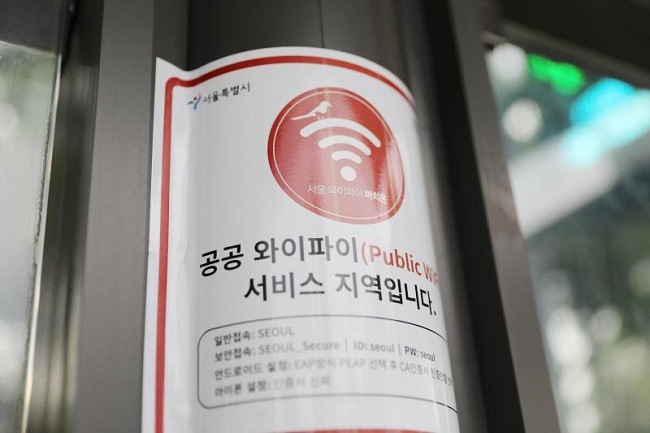 SEOUL, Aug. 25 (Korea Bizwire) — The Seoul Metropolitan Government said Tuesday that it had completed the installation of public Wi-Fi at 2,340 bus stops with platforms as part of efforts to help lower citizens’ telecom expenditures.

The public Wi-Fi service was installed first at major median bus lanes, including those on major thoroughfares in the Jongno and Gangnam districts. Among roadside bus stops, public Wi-Fi was installed at busy locations where electricity was readily available.

For the 1,580 state-funded bus stops, the city government also made it possible to access the public Wi-Fi through its service set identifier (SSID) after consultations with the Ministry of Science and ICT.

Accordingly, once ‘Seoul_Secure’ is selected as a Wi-Fi setting when using public WiFi for the first time at these bus stops, users can then be automatically connected to public Wi-Fi at all of the bus stops that have public Wi-Fi service.