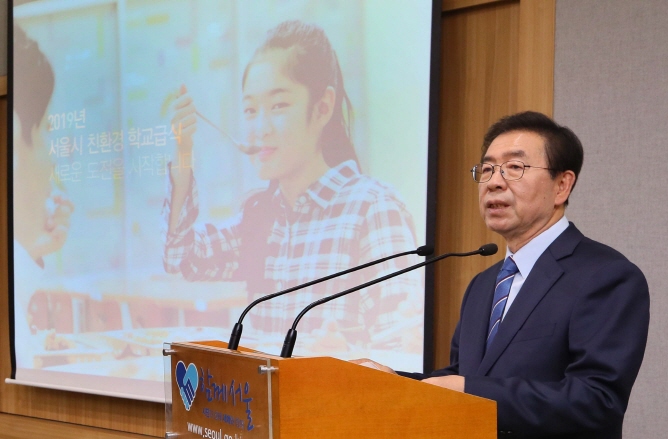 SEOUL, Oct. 29 (Korea Bizwire) — The Seoul city government plans to expand its free lunch program to all elementary, middle and high schools by 2021, its mayor and education chief announced Monday.

Free meals are currently served at 939 public elementary and middle schools in the city. The benefits will be offered to 930,000 students in all 1,302 schools, including high schools and private institutions, Mayor Park Won-soon said.

“Environmentally friendly school meals are based on the spirit of the Constitution which states ‘compulsory education shall be provided for free,’” he said in a joint press briefing with Education Superintendent Cho Hee-yeon.

The city government began to provide free school lunches at public elementary schools in 2011 and has since expanded the program despite opposition from conservative politicians.

Park, now three-term mayor, said the city will spend about 700 billion won (US$614 million) every year on school meals. The budget per high school student is set at 5,406 won, up 15 percent from the current average, the city government said.