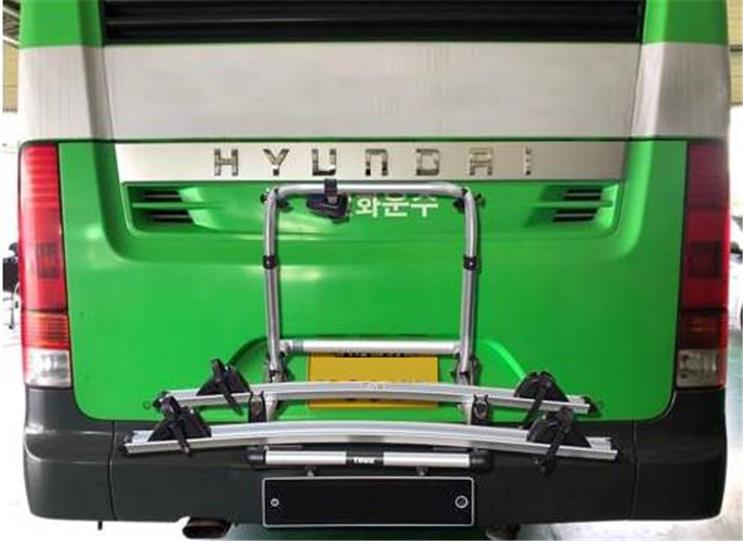 This photo, provided by the Seoul metropolitan government, shows a bus installed with a bike rack.

SEOUL, Oct. 22 (Korea Bizwire) — The Seoul metropolitan government will launch a pilot program next week that will allow passengers to mount their bikes onto city buses.

Under the plan, passengers on five bus routes will be able to mount their bikes onto the back of the bus or carry them inside for two months starting next Monday, the city government said.

“With this pilot program, we have enabled bikes to be mounted onto city buses and enhanced connectivity (between bikes) and public transport,” Hwang Bo-yeon, a city official overseeing transportation, said, noting that similar programs are under way with taxis and the subway.

If successful, the bike program could be expanded to other bus routes in the first half of next year following consultations with bus users, citizens and relevant agencies, the city government said.