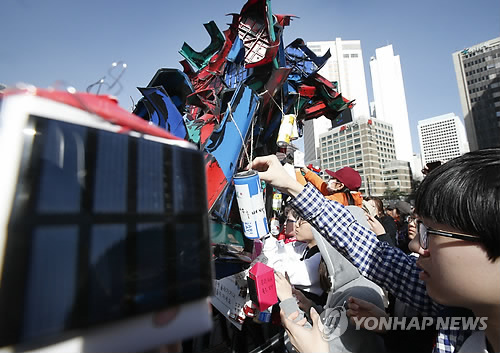 SEOUL, March 23 (Korea Bizwire) — A 2.5-meter-tall tree made from 5,000 PET bottles and waste wood, adorned with messages from Seoul children dreaming of a clean environment, was installed at Seoul Plaza on March 22. The sculpture was made by artist Kim Woo-jin as part of Seoul’s promotional events for the ICLEI World Congress 2015, which will be held from April 8 to 12.

The tree is decorated with solar powered lamps, which will help light the plaza at night, and recycled beverage cans decorated with children’s messages welcoming the 2,000 people from 164 cities and 61 countries scheduled to participate in the ICLEI congress.

The city government is also encouraging citizens to participate in related events held during the ICLEI World Congress. Anyone who posts a picture of the tree on his or her Facebook account and pays a visit to a promotional booth due to open on April 8 at City Hall Square can receive a free water bottle. 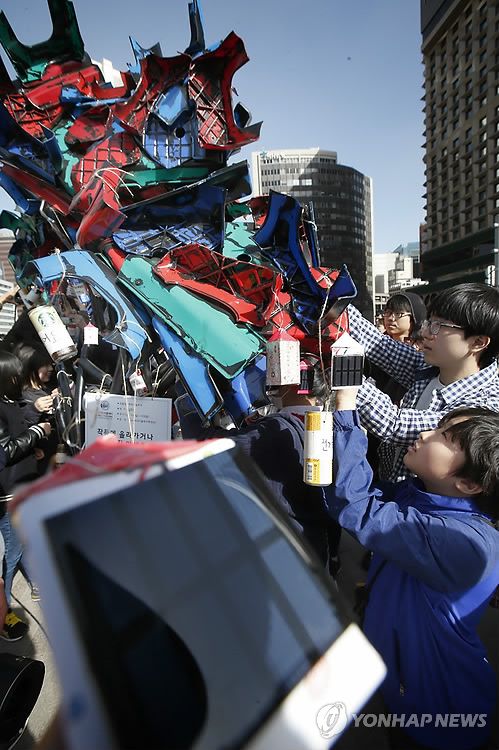 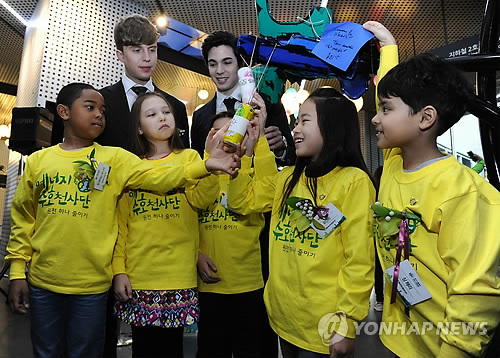