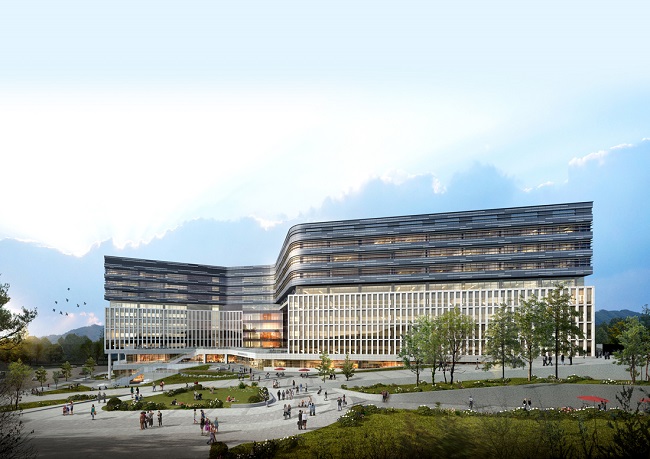 This image provided by the city government of Seongnam on Dec. 31, 2019, shows an innovation center in Pangyo Technovalley, South Korea’s startup cluster.

SEOUL, Sept. 23 (Korea Bizwire) — Seoul has the 16th-best startup ecosystem among cities across the world, an annual report by an American research firm showed Thursday.

According to the Global Startup Ecosystem Report 2021 released by Startup Genome, a San Francisco-based research firm, South Korea’s capital ranked No. 16 on the list of 280 cities across 100 countries in terms of competitiveness of its startup ecosystem, up four spots from last year.

Seoul first appeared on the list in 2017 and entered the top 20 last year.

“Seoul, already home to most of South Korea’s 11 unicorns, is aiming to become one of the world’s top 5 startup hubs by 2022.

And the government is putting its money where its mouth is,” the report said, referring to South Korea’s plan to invest billions of dollars into the Digital New Deal and the Green New Deal projects over the next five years.

Seoul has strengths in the subsectors of artificial intelligence, big data and analytics, along with life sciences and gaming, according to the report.

The report also cited a talent pipeline and research and development as incentives for startups to move to Seoul.

Six Asian cities, including Seoul, made it in the top 20, with Beijing at fourth, Shanghai at eighth and Tokyo at ninth.