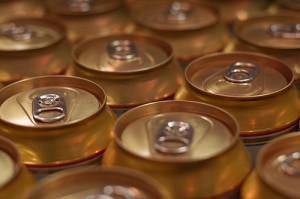 SEOUL, Korea, Nov 28 (Korea Bizwire) – If you are mistaken as too young for your real age, chances are you will come across an inquiry with an automated voice whenever you stop by convenience stores to buy any liquor products in Seoul. The automated voice will ask like this: “Are you buying alcoholic beverages? Please show me your ID” each time you are to buy liquor at 17,080 convenience stores across the nation from November 28th. The recorded voice will be activated once the shopkeeper scans barcodes at CU, 7-Eleven, Ministop, and CSpace brand stores — ubiquitous convenience store chain downtown in Seoul.

Though it is prohibited to sell alcoholic beverages to teens under the age of 19 according to the Juvenile Protection Act, stores are having hard time in  asking for IDs each time a purchase is made. To remedy this “inconvenient problem” the city government of Seoul introduced  this system to make it easier for shops to check ID and not offend customers at the same time.

Meaningful is this new policy since the idea actually is a brainchild of the teens and how the underage group view  the problem regarding purchasing liquor and drinking themselves. The idea for the new system was conceived by two high school students and awarded the grand prize at the ‘Ideas to Solve Teenage Drinking Competition’ organized by the city government of Seoul on August 31st. The students  thought that if a sweet and humorous voice asked for their ID checks, then customers would gladly cooperate.

After consultation, the aforementioned 4 convenience store brands agreed to implement the system not only in Seoul but expand the service nationwide in order to better protect teenagers from underage drinking. The city government also anticipates that with the introduction of this creative system, a practice of asking for and showing ID at the counter will take root naturally, whilesales of beverages to teenagers will be reduced to that end. The city government will work on measures to apply this system to other outlets including  majorretail outlets, SSMs and local supermarkets down the road.