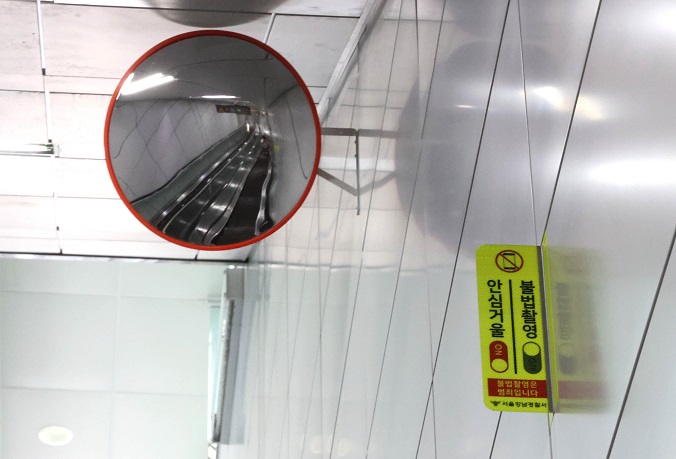 SEOUL, July 21 (Korea Bizwire) — Seoul’s Gangnam District announced Tuesday that it has set up ‘safety mirrors’ in subway stations to prevent illicit photos from being taken.

The district, based on a big data analysis of the risk of sexual crimes in subways provided by the Ministry of Interior and Safety, has set up mirrors in seven locations, including escalators and stairs, throughout Nonhyeon, Hakdong and Eonju stations, major residential areas for women living alone.

Users can look at the mirrors to check if anyone is behind them. 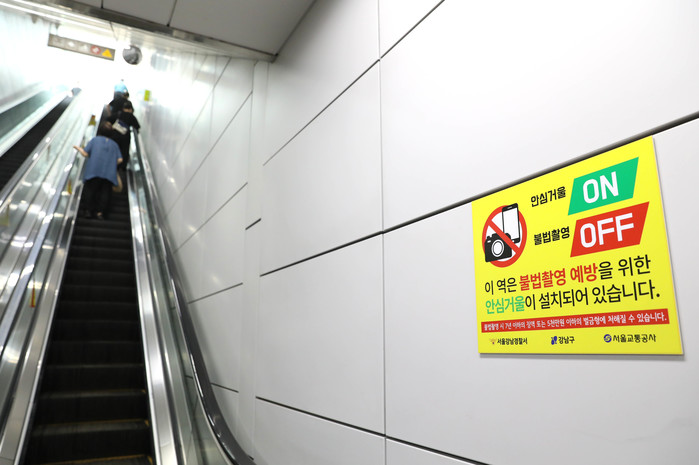