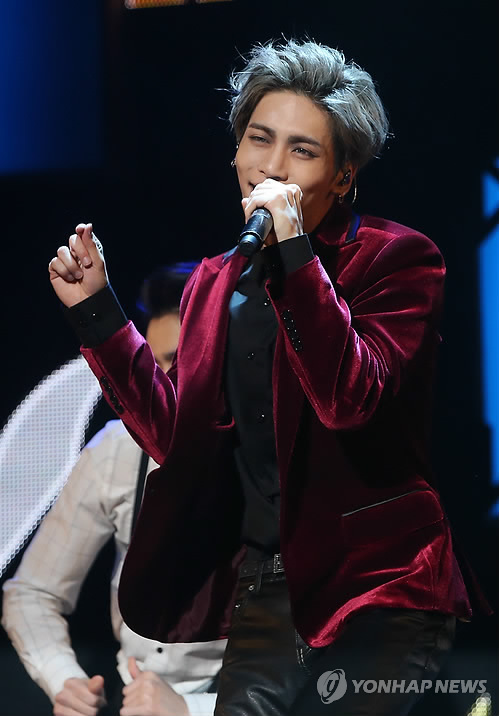 Jonghyun is shocasing his first solo album at SM Town in Seoul on January 8. (image: Yonhap)

SEOUL, Jan. 9 (Korea Bizwire) – Prior to the official release of his first solo album, Jonghyun, a member of the K-pop band SHINee, held a showcase at SM TOWN in Seoul on January 8.

During the showcase, Jonghyun sang his solo tracks including “Crazy,” “Deja-Boo,” and others from his solo album “Base of Jonghyun,” showing off a matured singing ability and attractive vocals, and captivating the audience.

In addition, by sharing various experiences from making the album, including his feelings about his solo debut and introduction of the new album, he raised expectations and interest for the album launch.

Jonghyun will perform his solo tracks on various music programs such as KBS’s Music Bank, MBC’s Show Music Core and SBS’s Inkigayo from January 9, and will participate in other promotional activities in support of the launch.

His solo album will be officially released on January 12. 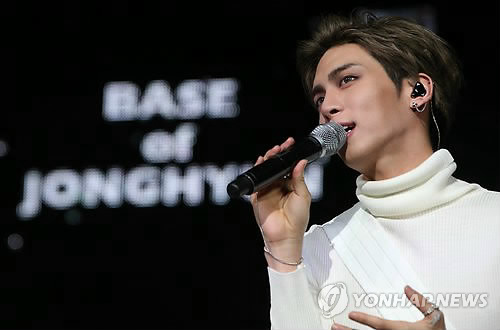