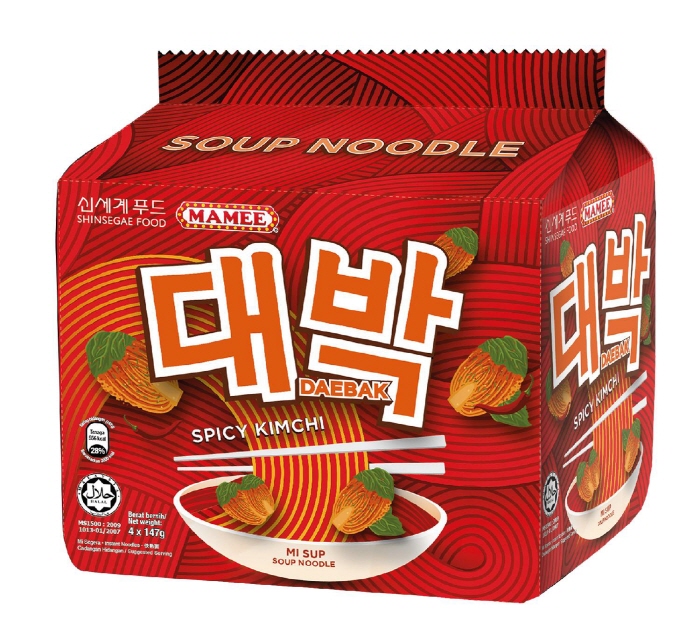 SEOUL, Apr. 16 (Korea Bizwire) — Shinsegae Food Inc., the food manufacturer of South Korean retail giant Shinsegae, said Monday it has earned a halal certification for its Korean instant noodles as it moves to expand its presence in the Southeast Asian market.

The instant noodles product, “ramyeon” in Korean, developed by a joint venture between Shinsegae Food and a Malaysian company, has received a certificate from Jakim, Malaysia’s Department of Islamic Development, the Korean firm said. It is set to hit shelves there later this month.

Halal food refers to products that are prepared in a specific way according to Islamic Sharia law, which covers not only meat but also fruits and vegetables.

The company said it has built a separate production facility to prevent any possible contamination by pork prohibited under the Islamic law in the process of producing, transporting and storing all ingredients for the noodles.

“This was our very first step in expanding our presence in the halal market, which has been gaining attention as well-being food,” a company source said. “We will do our best to promote Korean cuisine throughout the world with halal-certified products.”

Shinsegae Food plans to export products made with the halal-certified gochuchang to Southeast Asia next year and expand its overseas portfolio to include restaurants, bakeries and groceries in the long term.