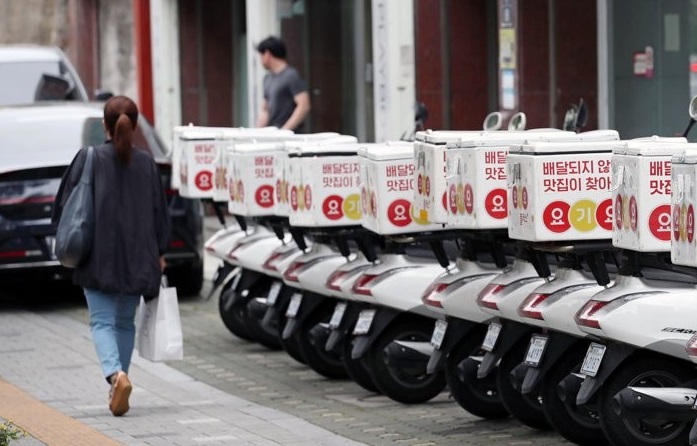 The rivaling retail giants had been considered the two most viable potential bidders for Yogiyo, run by Germany’s Delivery Hero (DH), in a deal that could change the landscape of the country’s food delivery industry.

“After considering the potential synergy effect in combining the retail and the delivery platforms, we decided not to participate in the (Yogiyo) bidding,” an official of Shinsegae Group said, asking not to be named.

Lotte Group was widely speculated to be a powerful candidate for the Yogiyo deal after it lost the eBay Korea deal to Shinsegae.

But Lotte was “not interested in acquiring Yogiyo in the first place,” according to an official of Lotte Group, who spoke on condition of anonymity.

As conglomerates dropped out from the deal, the race to take over the second-largest delivery app narrowed down to private equity funds, including MBK Partners, Affinity Equity Partners, Permira and Bain Capital.

But industry observers expected that DH may close the deal and attempt to sell Yogiyo at a higher price.

DH has been trying to sell Yogiyo in order to acquire Woowa Brothers, the operator of the country’s top food delivery app, Baedal Minjok, or Baemin.

DH has to sell Yogiyo by Aug. 3 in order to buy Woowa Brothers, or seek the antitrust watchdog’s permission to extend the deadline by up to 6 months.