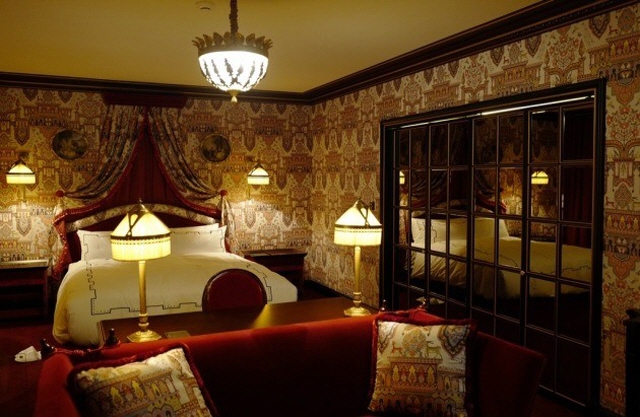 A room at its new boutique hotel L’Escape in downtown Seoul. The hotel is set to open to the public on July 19, 2018. (image: Shinsegae Chosun Hotel)

Hotel L’Escape, located next to Shinsegae’s main department store in downtown Seoul, will open to the public on Thursday. Shinsegae Chosun Hotel currently runs Westin Chosun hotels in Seoul and Busan, along with Four Points by Sheraton in the capital.

“We could accumulate our own service know-how through the operation of these hotels,” Shinsegae Chosun Hotel CEO Lee Yong-ho said during a press conference in Seoul. “Based on these experiences, we would like to make our first step in the independent hotel business.”

The new hotel, with 204 rooms of 10 types, was designed under the concept of a “Parisian Escape in the heart of Seoul” in collaboration with French interior designer Jacques Garcia, the company said.

Shinsegae Chosun Hotel is mulling various possibilities to expand its independent hotel business, the CEO said, adding it plans to open up to five more hotels in the next five years.