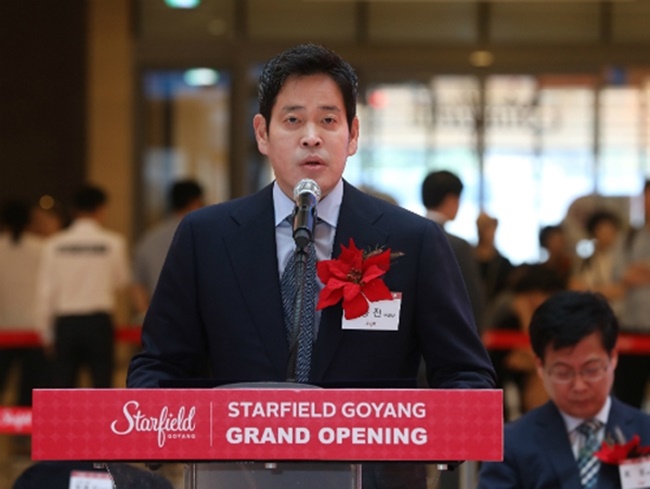 The retail giant has spent over 4 trillion won on M&As this year including the SK Wyverns of the Korea Baseball Organization, online fashion app W Concept, eBay Korea and Starbucks Korea.

Behind Shinsegae’s aggressiveness is Chung’s intent to turn crisis into an opportunity, with aims to dominate the retail industry.

With the pandemic precipitating a transition from from offline to online platforms in the retail industry, Shinsegae’s presence has been threatened as the company had focused primarily on offline shops such as discount shops and department stores.

Now, Shinsegae is engaging in robust investment to strengthen its online presence and create synergy with other subsidiaries.

In January, Chung asked the management staff during his New Year’s address to forget about the past motto of “fighting an unlosable fight,” but instead think about “achieving victory this year.”

Experts say it is too soon to tell whether there are financial pressures coming from the M&As or whether the actual speed of the acquisitions has been appropriate.