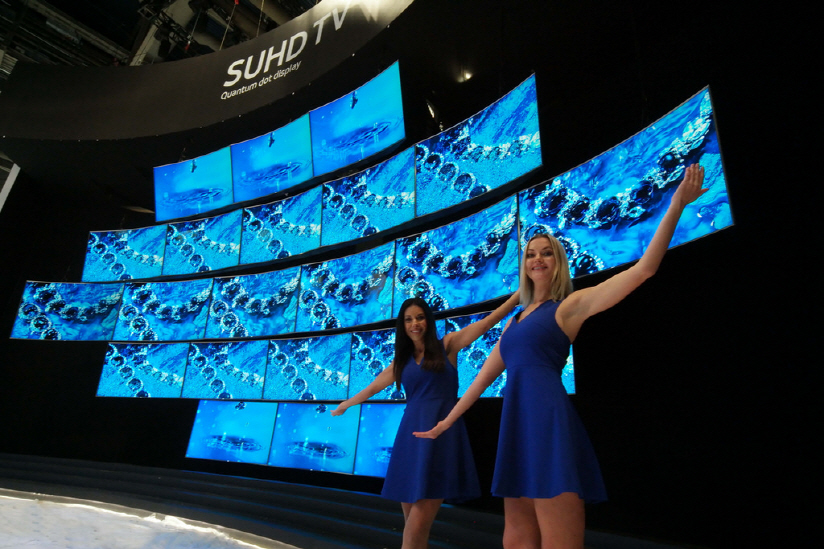 According to the data compiled by industry tracker IHS Markit, the global sales of such televisions is anticipated to reach 1.69 million units this year, rising sharply from 1.15 million units estimated for 2017. The researcher also suggested a figure of 3.38 million units for 2020.

The global market experienced a sharp expansion of the TV industry throughout 2017, with shipments of models sized 75 inches and larger reaching an estimated 290,800 units for the third quarter, up from 172,400 units posted in the January-March period.

“While the global TV market’s growth remains sluggish due to the expanding penetration of smartphones, the sales of premium TVs are still gradually increasing,” an industry insider said. “Samsung Electronics’ strategy to focus on products 75 inches and larger seems to be effective.”

Industry data showed products sized 75 inches and over accounted for 8.1 percent of Samsung’s combined TV sales in the third quarter of 2017, up from 3.2 percent posted in the first quarter.