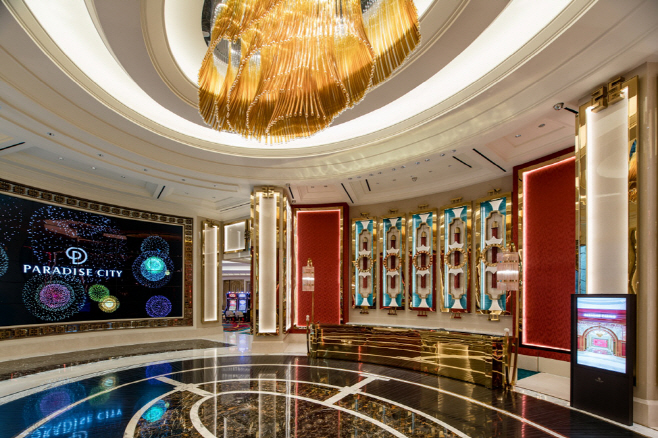 The casino at Paradise City (Courtesy of Paradise Group)

The winner, identified only as a 45-year-old Singaporean, made the fortune by playing various casino games early Friday evening, the officials said.

Incheon’s Paradise City with a space of 8,726.8 square meters is one of the nation’s largest foreigners-only casinos. Paradise has three more casinos, located in Seoul, Busan and Jeju, and the four casinos together have a jackpot ceiling of 1 billion won per win.