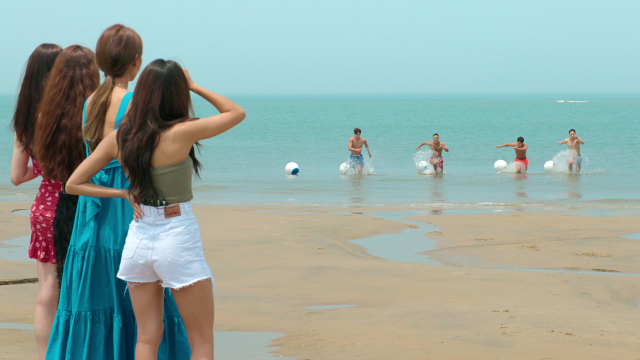 “Single’s Inferno” has become the first Korean reality show ever to make it onto the streaming platform’s Top 10 TV Shows chart.

Online communities in South Korea recently brought up the issue concerning Song Ji-ah, who appeared in the show wearing certain clothes and accessories that appeared to be counterfeit products.

Netizens argued that Song’s necklace, claimed to be made by a French jewelry brand, and clothes reportedly made by Dior and Chanel, were all fake.

One of the netizens argued that Song’s pink tube top, inscribed with Dior’s trademark, isn’t included in Dior’s official line-up.

Song admitted to some of the accusations after she posted a letter of apology on her social media account.

“I would like to apologize once again to all the designers for infringing upon their work and the trouble caused solely by my lack of knowledge about copyrights,” she said.

Anyone who sells imitated products is subject to punishment in South Korea, although there is no legal provision to punish the buyers.