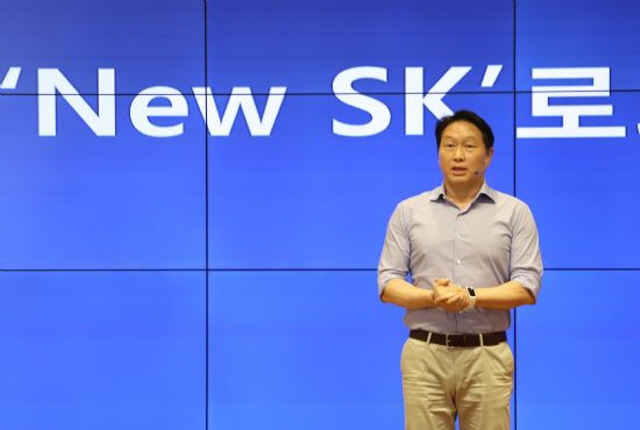 SEOUL, Jun. 20 (Korea Bizwire) — The head of SK Group, South Korea’s third-largest conglomerate, stressed on Monday a need for his firm to play a bigger role in “sharing the profit” with smaller companies, in an apparent move to be in step with the new government’s policy drive.

“SK should feel deeply responsible for, and be more actively engaged in resolving social issues as a large conglomerate,” SK Group Chairman Chey Tae-won said at a management meeting in Icheon, south of Seoul.

He noted that a convergence of different business models and technologies can lead to “a greater value” that no one could think of, which will help bring growth for not only the company, but its partners as well at the end.

“If we effectively utilize tangible and intangible assets such as infrastructure and management know-how that each of our units has built, it will not only serve to drive growth for SK but also for our subcontractors,” he said.

His remarks are seen by watchers as a move to be in line with the new liberal Moon Jae-in government’s policy initiative aimed to help boost growth of smaller firms in South Korea.

Since his campaign, Moon has urged larger firms to take greater responsibility for mutual, or more balanced growth between large and smaller companies, promising to adopt the necessary measures for support.

Chey returned to the top post after he was released on a special pardon by then President Park Geun-hye in August 2015. He was serving a prison term on charges of embezzlement.