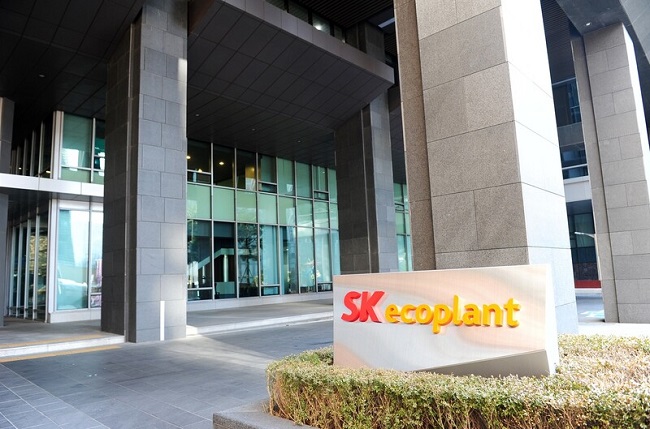 The headquarters of SK ecoplant Co. in central Seoul (Yonhap)

The company said Wednesday it will jointly carry out the state project “Future Hydrogen Original Technology Development” launched by the National Research Foundation of Korea.

The joint research team will develop technology to directly produce hydrogen through a fermentation process where hydrogen-producing microorganisms like clostridium butyricum eat and decompose organic matter in the absence of light.

This method can reduce the time required for the production of hydrogen by more than 20 times compared to the existing method of extracting methane gas from organic waste resources and then reforming it into hydrogen.

In addition, it also can reduce the use of fossil fuels needed to create a high-temperature environment since it does not require a reforming process that requires a high temperature of more than 1,000 degrees Celsius.

SK ecoplant will be responsible for selecting organic waste resources to be used for hydrogen production and carrying out market and patent research.