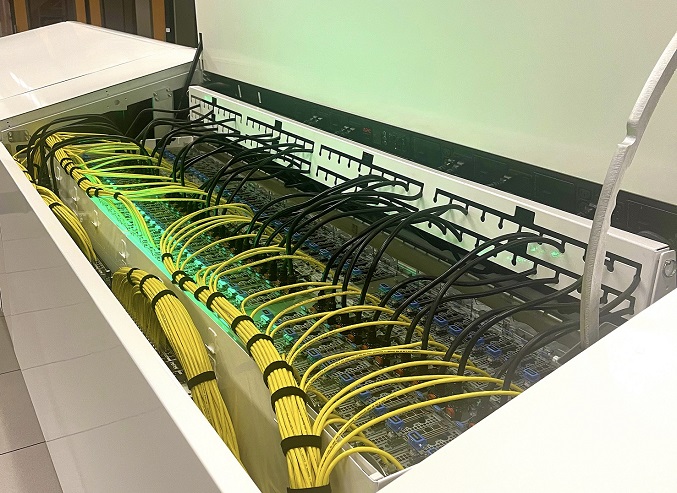 SEOUL, March 30 (Korea Bizwire) — SK Lubricants Co., a unit under South Korean conglomerate SK Group, said Wednesday it has purchased a stake worth US$25 million in a U.S. immersion cooling system provider as part of its push for green business.

The investment in Green Revolution Cooling (GRC), a Texas-based company, will help the two further develop the coolant oil and liquid immersion cooling system for data centers and speed up commercialization efforts for a bigger market share, SK Lubricants said in a release.

Details on the percentage of the stake SK Lubricant holds were not disclosed.

Liquid immersion cooling refers to a method by which hardware storage, such as a data center, can reduce heat by submerging the stored components in dielectric liquid that works as a coolant.

It is considered an effective and safe way to remove heat from IT devices and also environmentally friendly as it makes air conditioning for data storage unnecessary.

SK Lubricants said it aims to expand its portfolio into a heat management solution provider as a fresh growth driver by using its strength in premium lubricant oil manufacturing.