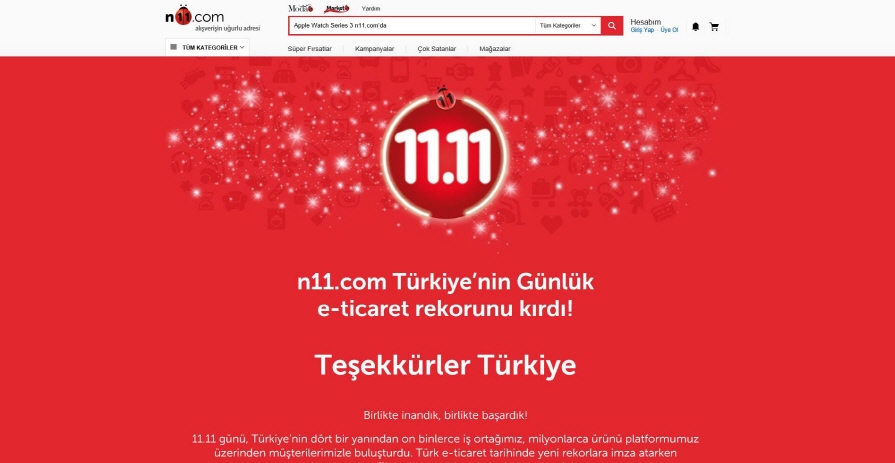 The new peak was set during a shopping promotion held by n11, the Turkish version of 11st, on Saturday, the company said.

The daily revenue doubled from the same day last year, it said, adding that a total of 660,000 products were sold, including 111 Volkswagen vehicles, which sold out 30 minutes after the launch of the sale.

Among 8.4 million people who visited the site on the day, 80 percent used mobile devices, and 54 percent of actual purchases were made through the mobile channels, the company said.

Since tapping the Eurasian country in 2013, SK Planet has stepped up efforts to expand its foothold by bringing in a variety of local products to its merchandise through contracts with local vendors there.

As of end-October, the Turkish e-commerce site has 11 million subscribers, up 34 percent from the end of last year, and 81,000 registered sellers, also up 33 percent compared to the end of 2016, according to SK Planet.

The company expects n11 to top the $700 million mark in terms of yearly transactions this year.