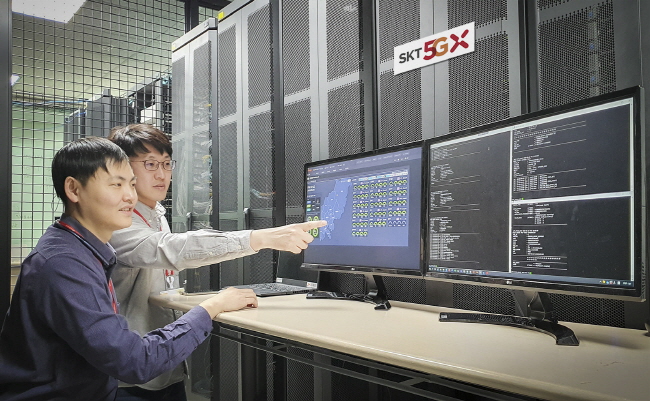 “We target to commercialize the 28-GHz band by the end of this year,” Ryu Jung-hwan, SK Telecom vice president, said in a briefing. “Considering the 28-GHz band’s characteristics, its is more appropriate to use it for business-to-business services.”

The 28-GHz band has smaller coverage compared with the 3.5-GHz band, making enterprise applications more suitable, according to SK Telecom.

The vice president said the company is also working to deploy a stand-alone version of 5G , which would not require support from the 4G LTE network.

SK Telecom has installed around 100,000 5G network facilities so far, and would need over 200,000 for a nationwide network.

The country’s major telecom operators, including KT Corp. and LG Uplus Corp., have promised to spend up to 25.7 trillion won (US$22 billion) to update network infrastructure and install a nationwide 5G network by 2022.

South Korea had nearly 8 million 5G users as of July, according to the science ministry.