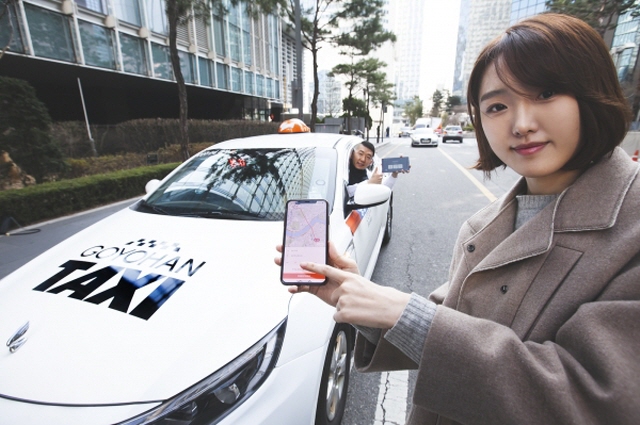 The new application notifies the driver of incoming ride requests via a blinking lamp and allows the driver to message the customer if any situations arises.

The drivers will also be provided with a button device that prevents them from being distracted by having to press the acceptance button on a phone screen while driving.

Coactus is a social firm established by a group of college students in 2017 to support people with hearing disabilities.

Those with hearing disabilities are known to suffer from the lowest employment rate among other groups of disabled persons.

Goyohan Taxi, a Coactus cab company, currently employs 12 drivers with hearing disabilities in Seoul, Namyangju, and Gyeongju. The company plans to hire as many as 100 drivers by the end of the year.

SKT and Coactus expect that the new initiative will help hearing-impaired persons to work and earn enough income.

Goyohan Taxi drivers get paid as much as 2.4 million won (US$2,100) per month, which is twice as much as the average income among hearing-impaired persons working in similar fields.

“More than 40 percent of cab companies in Seoul are having trouble finding new drivers,” said Yeo Ji-young, head of the TTS(Total Transportation Service) Unit at SKT.

“We believe that hiring people with hearing disabilities can solve that.”