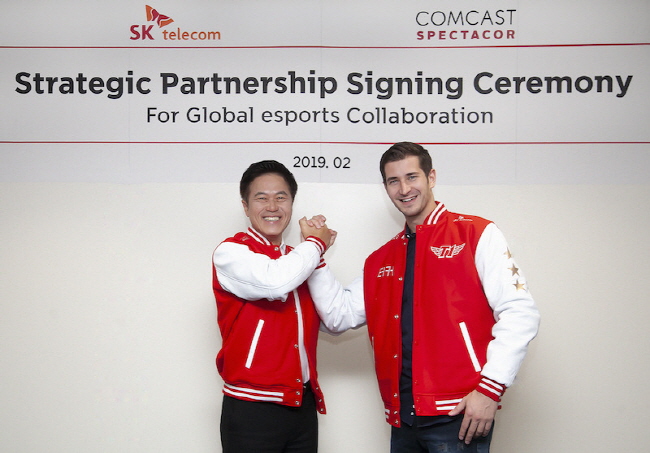 SK telecom CS T1 Co.’s global headquarters office will be in Seoul, according to the South Korean telecommunications giant. SK Telecom is the largest shareholder of the joint venture with a 55 percent stake.

The JV launch came after SK Telecom and Comcast Spectator signed a strategic partnership at the MWC Barcelona, the largest mobile show of the year, in February.

The joint venture will focus on esports team operations, content development, sponsorships and broadcasting deals to cash in on the fast growing entertainment sector.

It also plans to expand the number of esports teams from three to 10, with six of them to be based in South Korea.

They will compete in seven games, including “League of Legends,” “Fortnite,” “PlayerUnknown’s Battlegrounds” and “Hearthstone.”

According to investment banking giant Goldman Sachs, the global esports industry is expected to grow US$869 million in 2018 to $2.9 billion in 2022.