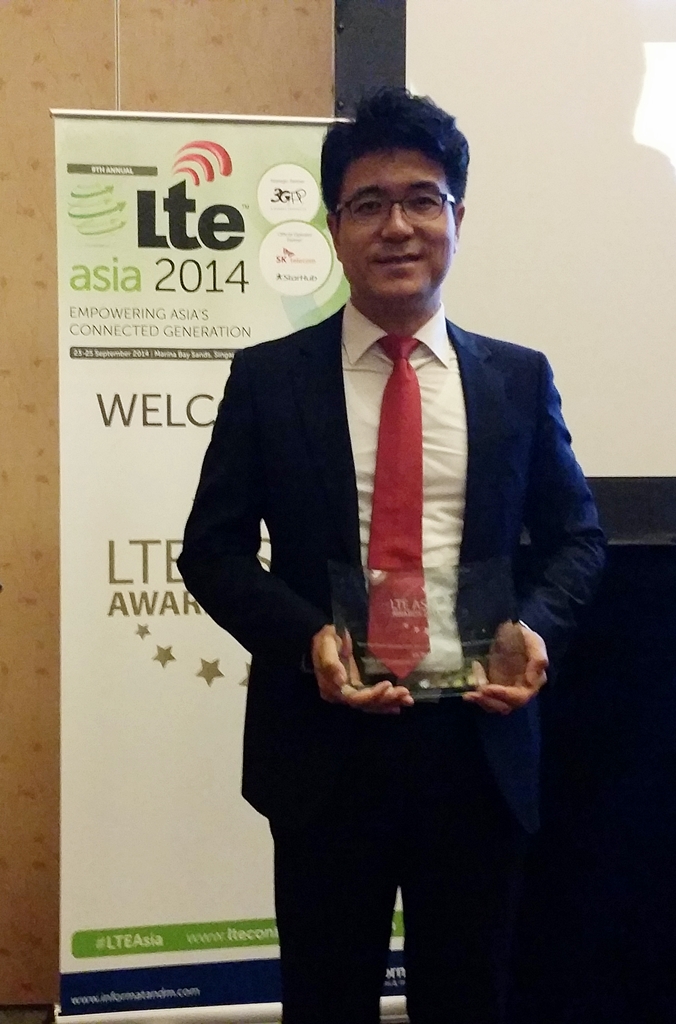 LTE Asia, organized by Informa Telecoms and Media, is Asia’s leading 4G event. Each year, over 1,000 attendees from 50 countries across Asia Pacific participate in the summit. The LTE Asia Awards held at the event for the first time this year recognizes leading LTE operators, equipment vendors, manufacturers, and other LTE-related companies in a total of 8 categories. The awards are judged by senior analysts from across the region.

The “Most Significant Development of a Commercial LTE Network – Operator” award recognizes SK Telecom for its aggressive development and achievements in LTE-Advanced service for its customers. This year, the company launched the world’s first commercial 225Mbps LTE-Advanced network, which is now available across the nation, in 85 cities and 78 counties. As of July 2014, 15.67 million customers, accounting for more than 55% of SK Telecom’s total subscriber base, have subscribed to SK Telecom’s LTE and LTE-Advanced networks.

SK Telecom was also lauded for its achievements in pre-5G. In June 2014, the operator demonstrated 3.8Gbps speed through FDD-TDD carrier aggregation in partnership with Nokia in June, and 5Gbps, the world’s fastest LTE-based network speed, in the 15GHz bandwidth with Ericsson in July.

These achievements have come just three years after the initial launch of Korea’s first-ever LTE network in July 2011, and only one year after SK Telecom became the first operator in the world to commercialize LTE-Advanced for smartphones in June 2013.

SK Telecom was also recognized for fostering a network environment that lets subscribers experience the full benefits of ultra-fast LTE-Advanced. The company has worked with partner manufacturers to offer its subscribers a diverse range of LTE and LTE-Advanced devices, as well as three Category 6 handsets, ‘Samsung Galaxy S5 Cat. 6’, ‘LG G3 Cat. 6’, and ‘Samsung Galaxy Alpha Cat. 6’, all of which were launched in Korea before anywhere else in the world. Subscribers also benefited from the company’s innovative mobile services designed especially for LTE-Advanced, including console game streaming service ‘Cloud Game’ and mobile IPTV service ‘B tv mobile’ that provides SD/HD/UHD contents.

“It is SK Telecom’s great honor to be recognized as a pioneer in the field of LTE and LTE-Advanced by winning this prestigious award at LTE Asia,” said Park. “SK Telecom is committed to introducing even more advanced network technologies that can fortify and enhance our customers’ mobile experience.”