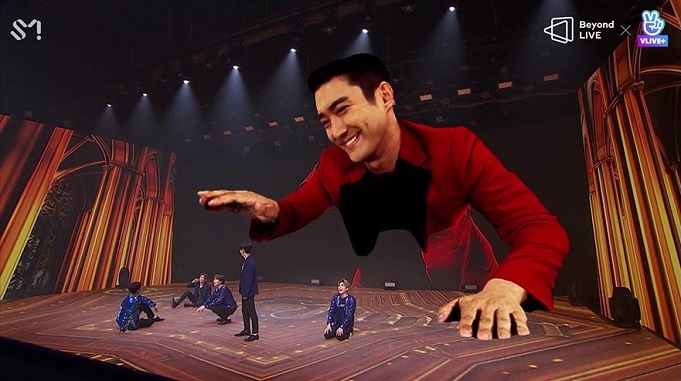 He showed up on the stage like the Genie from the animated film “Aladdin.”

During the online concert, Choi suddenly disappeared backstage and then came back as a 12-meter-tall 3D mixed reality (MR) image.

After being transformed into a huge 3D image, Choi naturally waved at his fans and chatted with the other members of the group. He delivered the message of “No Challenge? No Change!” to about 123,000 online spectators who enjoyed the concert.

This was the first time that the content created by SK Telecom’s MR production unit ‘Jump Studio’ was used in a live performance.

The company said that as many as 106 cameras were used to take a video of Choi for about an hour, and it took just one day to create the MR content.