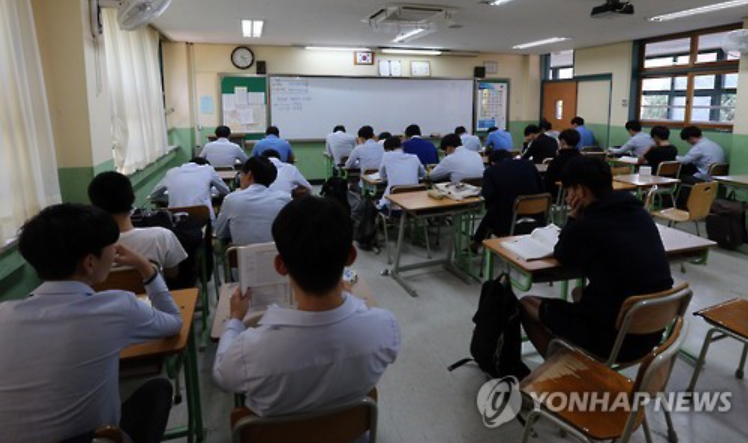 Six out of 10 high school seniors were only getting five hours of sleep every night. (image courtesy of Yonhap)

Toz, a business that rents meeting rooms, conducted a survey on 1,800 high school seniors who used their study center. Results showed that 31 percent of the respondents slept five to six hours a night, and 30 percent answered that they slept four to five hours.

In other words, six out of 10 high school seniors were only getting five hours of sleep every night. Those who slept more than seven hours represented only five percent of the respondents.

Instead, the survey found that students studied on their own for longer hours than they were sleeping. A majority of 58 percent of the students answered that they studied for more than five hours (between five and seven hours, 32 percent; more than seven hours, 27 percent).

Almost half of the students studied math(45 percent). However, in spite of the long hours spent studying, 29 percent answered that they were worried about math the most.

Kim Yoon-hwan, the head of Toz, emphasizes the importance of distributing time. “Instead of investing a lot of time, it is important to distribute time between sleeping and studying so that efficient preparation can be made.”

One thought on “Sleepless High School Seniors in Korea”