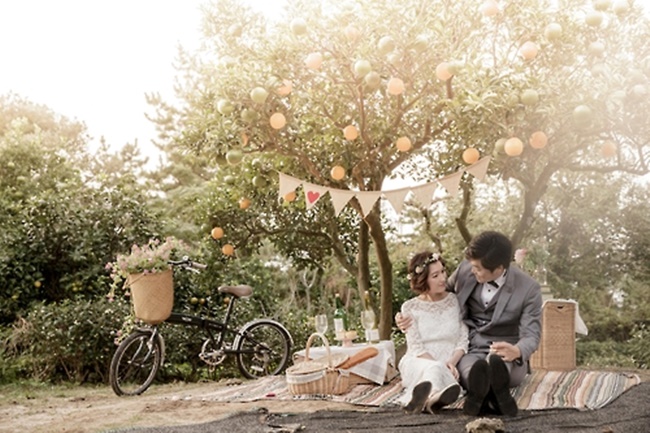 Smaller-scale wedding ceremonies were thought of as exclusively the domain of celebrities in South Korea until recently, as the wedding industry is reporting a surge in demand for less expensive, more personal weddings, particularly among young couples. (Image: Wedding photographer Megrez)

SEOUL, April 17 (Korea Bizwire) – Amid a tepid economy and criticism over the lack of diversity in wedding ceremonies in South Korea, more and more couples are opting for smaller weddings to value individuality and practicality over pretension and formality.

Young South Korean couples are turning to restaurants and outdoor venues, away from mass-produced weddings at traditional Korean ‘wedding halls’, as a way of reducing wedding costs related to the ceremony and gifts, which have long been traditions closely associated with marriage in the country.

Smaller-scale wedding ceremonies were thought of as exclusively the domain of celebrities in South Korea until recently, as the wedding industry is reporting a surge in demand for less expensive, more personal weddings, particularly among young couples.

Husband Kim In-joog and his wife Shin Yun-jung’s wedding was held at Cheongwadae Sarangchae, a tourism exhibition center located near the presidential office, according to the Small Wedding Information Center run by the Ministry of the Gender Equality & Family.

“We didn’t want a manufactured cookie-cutter type of wedding, and wanted to save money to spend on something more useful in the early stages of our marriage,” the couple said.

Kim and Shin’s wedding took place without a wedding official and a studio photo session as the couple thought pictures from their honeymoon trip would be sufficient.

As Kim and Shin recommend a smaller, independent wedding which is cost effective and guarantees more choice than when using wedding planners, another couple, Jo Beob-jae and Lee Ju-hee made a similar decision with their wedding.

Jo and Lee skipped wedding gifts with the agreement of both of their parents, except for rings and their hanbok (traditional Korean garments), in an effort to appreciate the true meaning of marriage rather than to show off and please their guests.

However, small weddings are still hard to come by in South Korea, as the culture of receiving and giving cash as a wedding gift is deeply entrenched among close social circles and many parents are still not open to unconventional wedding ideas.

The lack of suitable venues is another reason that hinders the change in South Korea’s monolithic wedding culture. 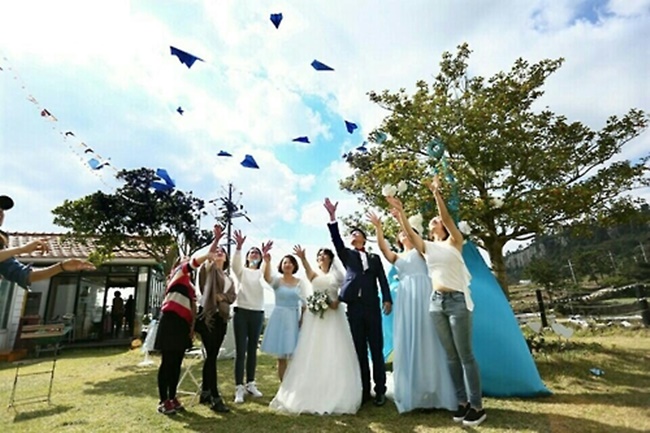 The lack of suitable venues is another reason that hinders the change in South Korea’s monolithic wedding culture.
(Image: Doldam Guest House)

Most wedding venues have a capacity of upward of 100 guests, with a policy that charges customers based on the number of chairs rather than the number of guests who are present.

As criticism and calls are growing for change in the way wedding ceremonies are held, Konkuk University professor Lee Sung-shin said, “Wedding culture needs to change, from spending so much on wedding gifts just to save face, to ceremonies that are simple and more economical.”