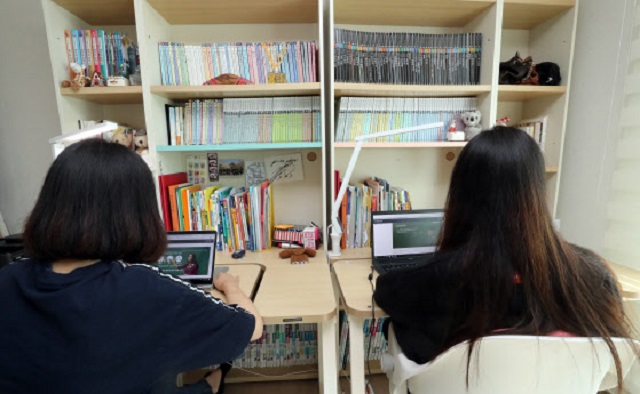 SEOUL, Nov. 16 (Korea Bizwire) — Concern is growing over the deteriorating educational environment for students as schools continue to offer online courses at home due to the coronavirus pandemic.

The problem is that students don’t just use computers and phones for studying.

Looking into the patterns of how teenagers used computers, they typically begin playing games or watching videos at 8 or 9 a.m., which is much earlier than last year.

Many students watched YouTube during online courses offered by schools.

While YouTube is increasingly being used as part of online school curricula, it is safe to assume that many students are watching YouTube videos that are unrelated to school courses.

Mobile phones have also been used more for games, videos, broadcasting, and social media. Unlike last year, when similar usage jumped only after 3 p.m., students now spend time playing with smartphones both day and night.

Mobile access to YouTube, unlike computers, continued to jump in the afternoon, likely due to the fact that it is difficult to simultaneously use more than one app on a phone.

Concerns that students pay less attention to online courses than offline ones are, in turn, not without plausible grounds.

“Teenage students using computers and mobile devices for online classes are increasingly paying less attention to class as they are distracted by other available content,” Nielsen KoreanClick said.