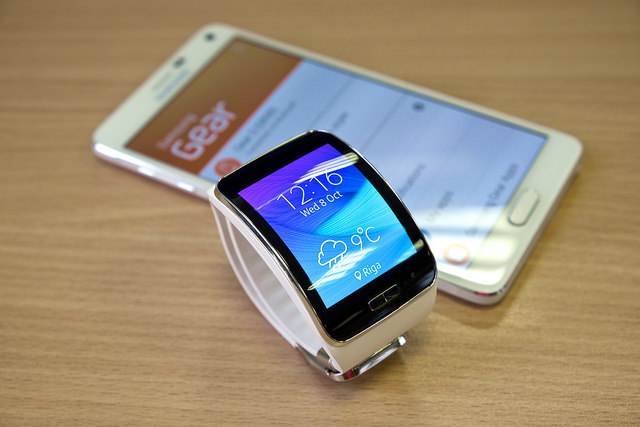 As major companies like Samsung, LG, and Apple make forays into this area, the number of smartwatch patent applications has increased as well. (image:Kārlis Dambrāns/flickr)

SEOUL, Nov. 25 (Korea Bizwire) — The smartwatch market is showing signs of blooming. As major companies like Samsung, LG, and Apple make forays into this area, the number of smartwatch patent applications has increased as well.

According to the Korea Intellectual Property Office on November 23, the number of patent applications related to smartwatches started picking up from last year, reaching 143 last year and 136 during the January-November period of this year. These figures represent a drastic increase compared to only 11 in 2011 and 10 in 2012.

SEE ALSO: Korea Likely to Be a Leader in Wearable Device Standards

SEE ALSO: Competition over Smartwatches Starts to Fire up

Smartwatches, wristwatch-like wearable devices, provide diverse features like mobile phone, message, calendar, memo pad, music player, and health management. The Samsung Gear S and LG G Watch R launched this year and the Apple Watch to be available from the first half next year are examples of smartwatches, which include health management features that measure stress levels and biological age through bio-signals such as blood pressure, pulse, and electrocardiogram.

Samsung Electronics has come up with a variety of healthcare service patents, such as a fitness application that guides the user for appropriate exercise degrees depending on her body fat level, a golf swing tutorial, and a toothbrush guide. Technologies related to smartwatch attachment/detachment, text input/touchpad input, and voice recognition-based input took up 30 percent of the patent applications.

According to market research firm Canalys in a recent report, the smartwatch market worldwide will reach 28.2 million units next year from 7 million this year. The global leader in this area is Samsung claiming 73.6 percent of the market in the second quarter this year (based on Strategy Analytics figures).