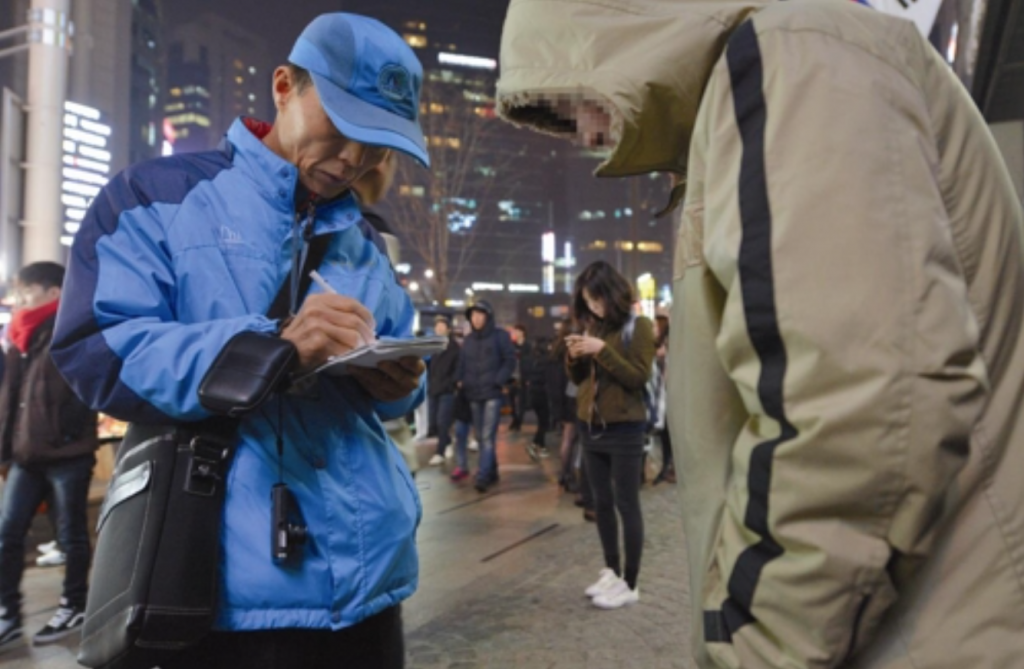 A civil servant cracks down on a smoking rule violator on Gangnam-daero in Seoul. (image: Seocho District)

SEOUL, March 29 (Yonhap) – In an unusually tough anti-smoking move, one of Seoul’s main boulevards will be declared a no-smoking zone and violators will face fines, officials said Wednesday.

Seoul’s Seocho-gu Ward Office said Gangnam-daero, a 5-kilometer-long major boulevard that cuts through the busy commercial district of Gangnam in southern Seoul, and its sidewalks will be designated as a no-smoking zone starting April 1.

Seoul and South Korea as a whole have stepped up efforts to discourage smoking in public areas.

At present, people caught smoking within 10 meters of a subway entrance in Seoul are slapped with a fine of up to 100,000 won.

The Seocho district’s smoke-free zone is currently restricted to the vicinity of Gangnam Station, one of the capital’s busiest at the center of Gangnam-daero. Earlier in March 2012, the Gangnam Station area became the nation’s first no-smoking street.

A recent poll of 619 pedestrians on Gangnam-daero found over 80 percent of them supported the expansion of the no-smoking zone to the entire boulevard, officials said, adding the move is expected to reduce second-hand smoke as well as the smoking rate. 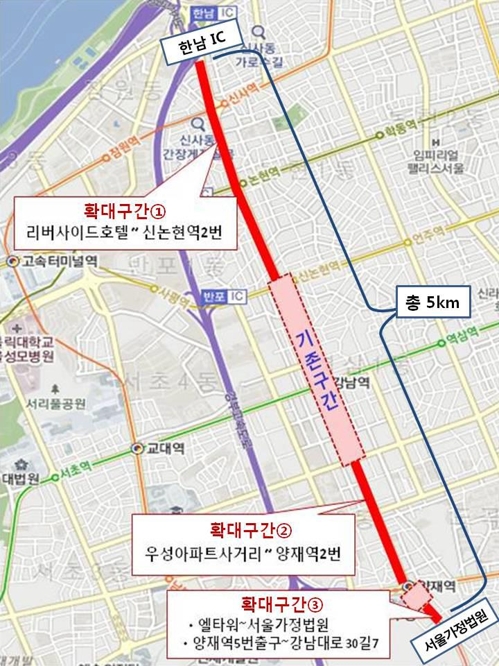 The 5-kilometer strip of Gangnam-daero to be named a no-smoking zone. (image: Seocho District)