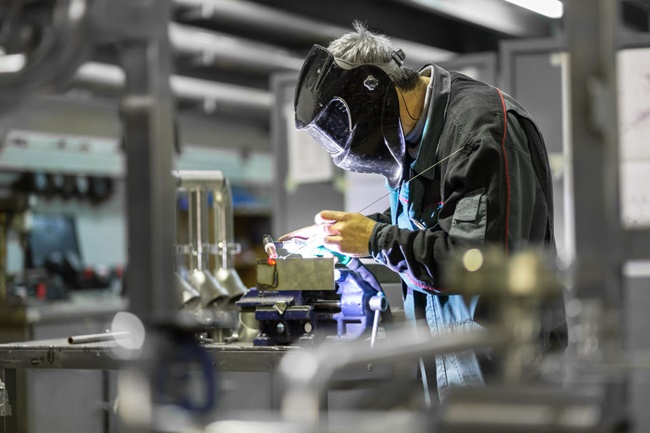 Migrant workers who wish to apply for the E-7-4 visa are required to have lived in South Korea for over five years, while defaulters and those with a previous criminal record won’t be able to benefit from the new visa scheme. (Image: Kobiz Media)

SEOUL, Dec. 28 (Korea Bizwire) – South Korea will introduce a points-based visa system from next year that will allow skilled migrant workers to remain in the country long-term.

Under the new visa scheme, high-skilled foreign workers who have previous work experience on either E-9, E-10, or H-2 visas will be able to apply for the E-7-4 visa, which is issued to long-term skilled workers, after meeting a number of requirements such as age, skills, and Korean language proficiency.

Migrant workers who wish to apply for the E-7-4 visa are required to have lived in South Korea for over five years, while defaulters and those with a previous criminal record won’t be able to benefit from the new visa scheme.

The move comes in response to the labor shortage issues facing the manufacturing, fishing and agriculture sectors in South Korea.

The points-based visa system is expected to address the issue of finding new workers every time a contract comes to an end, as many South Korean employers have complained many migrant workers leave the country just when they’re becoming comfortable with their tasks.

When the Ministry of Justice trialed the scheme back in in August, the 300 available positions were filled within one and a half months, prompting the government to pursue the policy.

Problems found during the trial process such as a lack of awareness of the program or the exclusion of small-scale manufacturing companies were then improved and reflected in the new scheme.

Following the success, The Ministry of Justice extended the yearly quota to 400, issuing the E-7-4 visa for 100 people every quarter, while companies that have increased job opportunities for South Koreans by over 10 percent will be allotted an additional 100 visas for skilled migrants.

Smaller-scale companies with fewer than 10 South Korean workers will also be able to apply for a long-term skilled migrant worker visa for one worker as long as they are within the sectors suffering from a shortage of labor.

E-7-4 visa holders can stay in South Korea for an indefinite period of time by renewing their immigration status every two years through an evaluation.

“We hope to supply stable skilled labor force to the small and medium-sized manufacturing industry, and also create job opportunities for South Koreans,” the Ministry of Justice said.