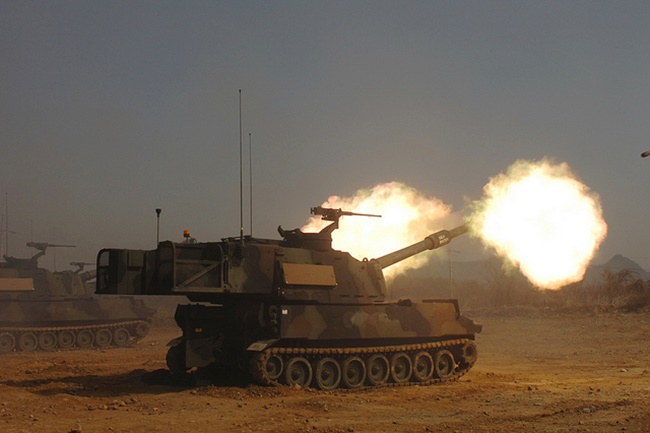 According to the new report by the Korea Institute for Industrial Economics & Trade released on Sunday, despite receiving 10 percent of the government’s budget, the defense industry is thought to create jobs that account for a mere 0.9 percent of employment. (Image: expertinfantry from Flicker)

SEOUL, Sept. 26 (Korea Bizwire) – The South Korean defense industry has been found to contribute little to creating job opportunities despite accounting for 10 percent of government spending, a new report has claimed.

According to the new report by the Korea Institute for Industrial Economics & Trade released on Sunday, despite receiving 10 percent of the government’s budget, the defense industry is thought to create jobs that account for a mere 0.9 percent of employment.

The shocking findings further highlight the lack of job opportunities created in the South Korean defense industry, when juxtaposed with data from countries like Israel, despite spending trillions every year.

In Israel, between 15 to 17 percent of the government’s budget is spent on national defense.

With the high military spending, however, comes a substantial contribution to job creation that accounts for 14 percent of the country’s employment, a figure far above that of South Korea.

It has been also found that jobs created in the Israeli defense industry contributed to slashing the country’s unemployment rate by nearly half, from 10.7 percent in 2003 to 5.9 percent in 2013, after focusing on defense exports.

Similarly, the defense industry is among the major sources of jobs in the U.S., which accounts for around 15 percent of government spending, and is responsible for over 10 percent of jobs in the manufacturing industry.

While the Trump administration is set to increase military spending in the hopes of boosting the domestic economy as well as tackling unemployment, the report by the Korea Institute for Industrial Economics & Trade also highlighted the lack of a vision similar to Israel and the U.S.

The report said, “South Korea continues a national defense policy that focuses on obtaining and distributing weapons without taking into consideration productivity and the economy.

“As a result, it finds itself in a vicious circle of deterioration of technological innovation, declining industrial competitiveness and low quality weapons.”

As the trend continues amid growing security tensions in the Northeast Asian region, national defense spending is set to be increased from 40.3 trillion to between 56.1 and 59.3 trillion won by 2022, accounting for up to 12.8 percent of government spending.